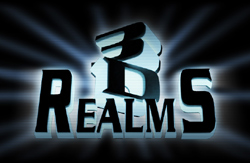 In a letter sent to game media today, unnamed representatives of 3D Realms stated today that contrary to recent news, the developer itself has not closed down, and will not do so in the foreseeable future. However, due to a lack of funding, it has confirmed that it was forced to let the Duke Nukem Forever development team go, while it regroups the remainder of the company.

The developer, which has technically been working on Duke Nukem Forever for the past 12 years, recently ran into financial problems. After the news was released that the members of the development team would lose their jobs on May 6th, more and more images and footage of the game has been leaked, showing that the game itself was already quite far into the development process.

In the statement released today, the 3D Realms representatives stated that the rights to the game remained with the studio, and that development would continue as soon as possible.

In response to the lawsuits raised by Duke Nukem Forever‘s publisher, Take Two Interactive, concerning 12 million USD allegedly invested by the publisher, 3D Realms stated that such money had never been received. In fact, the studio claims that the only funding they ever received for the game was in 1998 and amounted 400.000 USD from then-publisher GT Interactive. Over the years, over 20 Million USD has been invested in the game, according to the statement, all of which was capital owned by 3D Realms itself.

How the studio intends to finish the game, is currently unclear. The developers website is currently unavailable, but it seems like the website was sold to a new owner.

One thought on “3D Realms Not Closed Down After All”