Stuffed into the aisle-side of the rather tight-knit Ignition Entertainment booth were a couple of kiosks holding one of the more artistic looking games for the Nintendo Wii platform. Muramasa: The Demon Blade is the second game from the makers of Odin Sphere to carry a 2-D side-scrolling aesthetic and hand-painted look to both characters and background, this time set in feudal Japan. 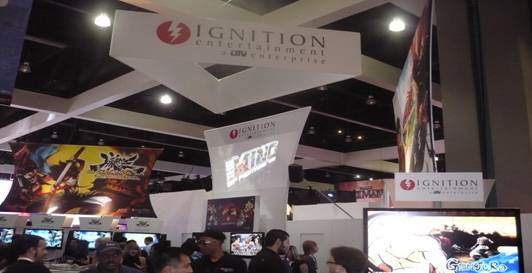 A huge Odin fan, I was eager to see how the developers could bring that sharp visual style to the Wii motion controllers. The good news is; the game still has a deep and poetic feel in addition to its crisp and enjoyable sword-flailing gameplay. The bad news is, as feared, the Wii motion controls are useless. I held the nun chuck in my left hand, the wii-mote in my right, and the only use I got from the unique control scheme is flicking the nun chunk slightly up to make my character jump, twice for a double jump. It’s a shame that the systems reliance of such a difficult control scheme makes some games like Muramasa lose some of its otherwise great appeal.

Gimmicks aside, if multiple controller inputs are compatible with the title, as is expected, than the game will be a must have for any Wii owner. The artistic direction taken with the intricate back-drops alone pump more steam out of the console than most of its library, and when in movement, the feudal Japanese design is simply gorgeous to behold. The character models emote with little movement or effort that the combined effect of the visual package is an immediate flow of empathy and absorption on the player’s part. A shame then that the narrative fails to properly take advantage of this, the demo’s cut scenes playing out in comic-book style text bubbles and soft, functional voice-overs.

The gameplay, however, fits hand-in-hand with the evocative art direction, both the nameless warrior hunted for unknown reasons (suffering from storytelling 101’s favorite disease – amnesia) and the traditional looking, dangerous female combatant have similar move sets that flip them across the screen in an almost dance, their sword strikes emphasized with flashes of paint slashes, similar to the Street Fighter IV trailer of yore. Minion-enemies flock by the numbers on both sides of the screen, their AI challenging enough to keep the action competent, but never presenting quite enough challenge for those experienced in the realm of pointing and stabbing. 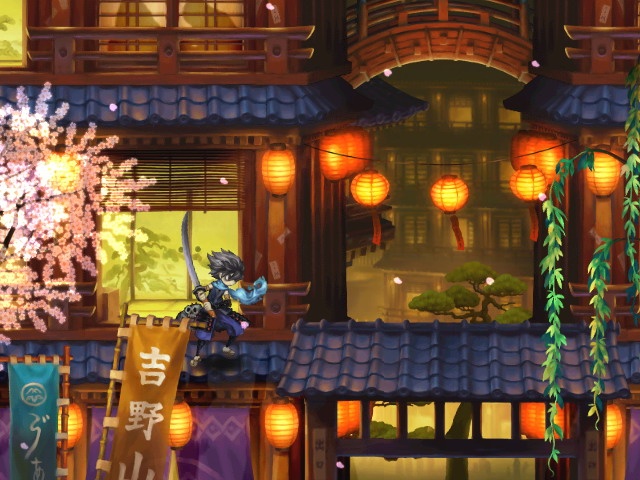 The game seems to recognize this fault however, building up to much more challenging and multi-tiered boss battles, with the fledgling baddies acting more as practice and a place to try out new combination attacks. The boss battles are a fantastic experience, each big baddy taking up a good portion of the screen and easily making you feel dwarfed and outmuscled. Their challenge doesn’t quite match their size, and some do require repetitive techniques like: swipe at, dodge, wait, swipe at again, but it’s difficult to notice with all of the intimate artistic details flaring up constantly. The way a massive enemy stumbles after being hit, the way your sword might break after being over-used, it all screams of a team proud enough of their abilities to flaunt them eagerly, and deservedly so.

Muramasa: The Demon Blade, like many third-party games on the Wii, are useless with the motion controls, their underused nature only forcing recognition of the game’s somewhat repetitive hack-and-slash nature. Replace it with a Gamecube or classic controller, and you’ll be able to take the necessary step back to gape in awe at the gorgeous graphic design implemented in the title, present even at a minute level. Its story is nothing to write fan-fiction over, but it’s definitely nothing to be passed up by lovers of pretty things, stabby things, or pretty things stabbing things.