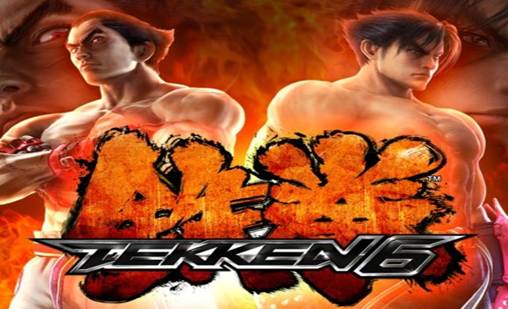 Screw Street Fighter, King of Fighters, Capcom vs. Tatsunoko, and all the rest, I’m a Tekken man. Have been since the arcade days, and the series hasn’t let up since. While entering the tournament during E3 this year would have appeased the competitive prick within me, it would have deterred too much time from my Elder-Geek duties, so I satiated my battle lust with a private tournament on the show floor, against me and anyone foolish enough to challenge.

The Tekken 6 kiosk ran directly beneath the Playstation booth’s big trailer-screen, and had little seats so those I won against would have the opportunity to sit and think about their mistakes. While the many logos around the kiosks didn’t mention it, the addition of all previously revealed characters let me know that this was indeed the Bloodline Rebellion version to be hitting consoles this fall. I was able to get in six matches before defeat by a man with no life—seriously, and luckily that included a match with each of the characters new to this installment. 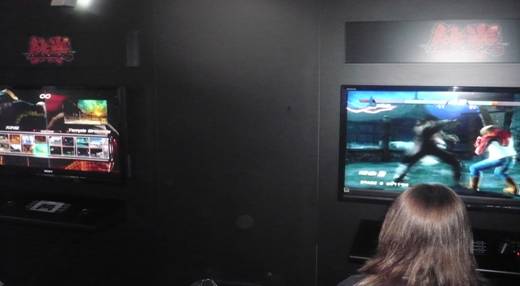 Allow me to first buffer this fan-boying with some shop talk. The screens on the show floor were top-of-the-line and most likely optimized for this game specifically, and damn it looked stunning. Perhaps it was because Tekken strives for a slightly more realistic look and feel compared to other fighters, that it hit such a visual peak to me that almost no other games could approach. So I picked up the PS3 controller and started with something old and familiar.

Whenever first trying out a new fighting game, with its likely tweaks to the balancing and flow of the overall system, its best to select a fighter you’re comfortable with. And so I went with someone familiar and perhaps a bit cheap, the Bruce Lee impersonator Marshal Law. Being that his style is mostly fast and cheap legwork it was a good chance for the game to show off its intricacies. The added optional effects that will be in the console version weren’t featured here, so it was as pure a feed as one could hope for. Law moved with familiar speed and they had kept his move-set, so I was able to focus on the game’s technical side while running through the perky Asian-chief’s gamut.

The game held up the required frame-rate with poetic ease, the animations for each muscle strain and contact blow, was even more intricate and reactionary than in the near-perfect Tekken 5: Dark Resurrection. I quickly defeated my first opponent and moved onto experimenting with the new characters. 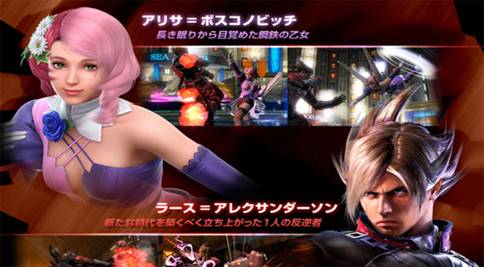 I would quickly progress through the heavily armored and solid-body fighter Lars Alexandersson, robotic ingenuine Alisa Bosconovitch, the oddly contorted fighting style user Zafina, romantic looking kicker Miguel, spunky universally easy-to-use Leo, and I’m-totally-not-a-Rufus-clone Bob. Out of all of them, Zafina and Alisa control rather oddly, with Zafina’s animations making her combination moves seem much harder to pull off than in reality, and Alisa having so many odd button-combinations that a novice fighter is going to throw their controller through a wall. Miguel is a bit of mixed bag, heavy attacks slow him down to not much use for longer combos, while his light attacks often don’t have the instinctual reach you would expect from looking at him. Leo is a run-of-the-mill brawler, deep enough to provide some use to those familiar with Tekken’s timing-based battle system, but by the time you’ve gotten him up to something you can use in tournaments, you’ve realized how much better and deeper you could have gotten with another character. The most fun to play are Lars and Bob, the first being a slower but heavier hitter, allowing for a lot of maneuverability in how you want to chain combos together, and Bob being the surprisingly agile fat character every fighting game wants now for some reason.

All of the characters control with enough simplicity (save for Zafina) that new players will find at least one of them to their liking, but the roster in the full game is gigantic, 42 individual fighters, so it will be impossible for anyone not to find someone they like (I’m a Hwoarang/Nina guy, myself.) 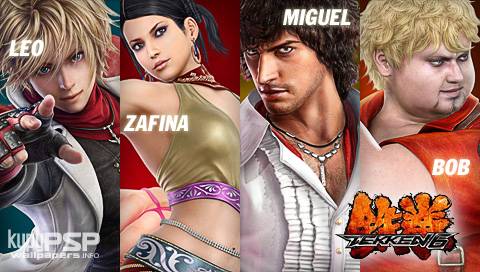 The game has been a port away from ready for about half a year, tweaking the smallest imperfection through its multiple installments in the Japanese and American arcades. If it can keep the solid frame rate and a tenth of the visual fidelity on display at E3 this year, it’ll be a must have for anyone that likes to beat the crap out of people….virtually…most of the time.

Winner of the Elder Geek E3 Award for: Best Re-Purposing of a Fat Person
and
Best Fighter of the Show