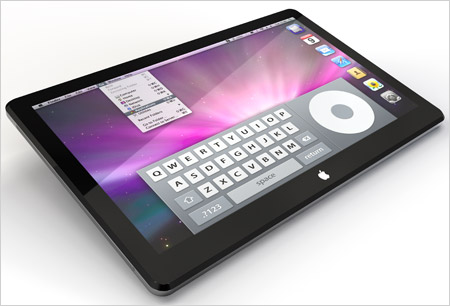 Final product may or may not be this cool

Even though the product hasn’t even been officially revealed yet, the already credible rumors were validated further when Apple’s tablet device got the (possible) support from Electronic Arts. The Wall Street Journal is reporting that the video game publisher will “show off the tablet’s game capabilities.” The tablet is not a gaming device first and foremost, its main capability being the reading of any print media, but the iPhone became a digital download success beyond most expectations – EA having supported that device as well. All rumors of the business relationship between the two corporate giants, as well as the device itself, will be put to rest on January 27th, when Apple is holding a highly anticipated press conference.

One thought on “Rumor: EA Stands Behind Apple Tablet”