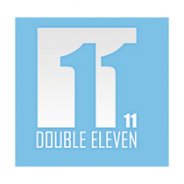 Veterans and staffers from Rockstar Leeds, developers of the beloved if unsuccessful Grand Theft Auto: Chinatown Wars, have founded an independent iPhone development studio to be known as Double 11. Heading the studio is Lee Hutchinson and Matt Shepcar, both with experience on the iPhone port of Chinatown, as well as other portable titles like Beaterator and Vice City Stories.

“Rockstar Leeds and the spouse allegations had no effect on our decisions to leave,” said Hutchinson, responding to a question about negative labor relations at Rockstar studios in a recent interview with Develop. “I’m very good friends with the team. Me and Matt announced we were leaving under very good terms.”

This move, says Hutchinson, has much to do with a creative backlash against the time, money and stress demands of modern titles as anything else. “I think that a lot of developers are sick of huge all encompassing next-gen projects and want to get back to grass-roots bedroom coding like it was in the ’80s and is for a lot of iPhone developers today,” said Hutchinson.