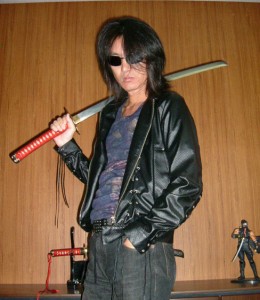 Proof that Ninja Gaiden is Itagaki's own autobiography

Controversial developer Tomonobu Itagaki, founder and former lead designer of Team Ninja (Dead or Alive, Ninja Gaiden), sued his former company after he left in 2008 over unpaid bonuses. The fallout of the lawsuit’s multiple-year long legal battle were continued spats with former Tecmo president Yoshimi Yasuda, as well as endless news stories about the conflicting personalities involved. But recently Itagaki sent a letter to 1UP on the issue, stating that the suit has been settled “amicably.”

“To all of my fans: I thank you from the bottom of my heart for your great help and words of encouragement which have been extended to me so far,” wrote Itagaki. “I can hardly wait for the day of announcing my newest work in progress to you all, but I promise you now that I will deliver to you an enjoyable game with depth that surpasses all the games I created before, and is worthy of being world-class entertainment.”