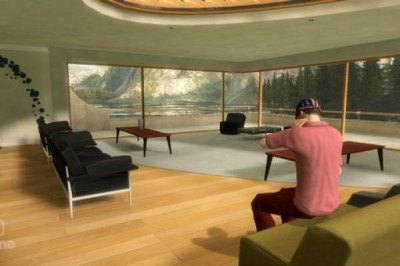 The oft-delayed and eternally-in-beta Home has had its share of critics, many in the subject of Sony’s hopes for the virtual economy’s advertising plans. Mediaweek recently released a report in line with these complaints against Home, finding the social networking sphere to have been unable to illict many non-endemic brands like Red Bull, and have failed to establish itself as a media company, at least as much as Microsoft and Xbox Live.

“Microsoft has MSN. They are much more of a media company than Sony has traditionally been,” said Jon Epstein, CEO of Double Fusion, an in-game advertising representation firm.

“From moment one, [Home] kind of felt clunky,” said John Rafferty, creative director at Publicis’ Denuo. “And once you got through that, there wasn’t much there.” He added that PlayStation often looks for labor-intensive six-figure deals. “There’s just a huge barrier to entry for advertisers,” Rafferty added.

“Sony is a little more conservative in embracing their system as an ad platform. They just have less people,” noted Dario Raciti, director of Ignition Factory at OMD, who added that Playstation Network is slowly catching up to Xbox Live. “I think they are starting to go down the path of being more competitive with Xbox Live.”

What’s your thoughts on Home, worthy social-gaming space? Or impossibly complex money-hole? Give Sony your prognosis in the comments section below!