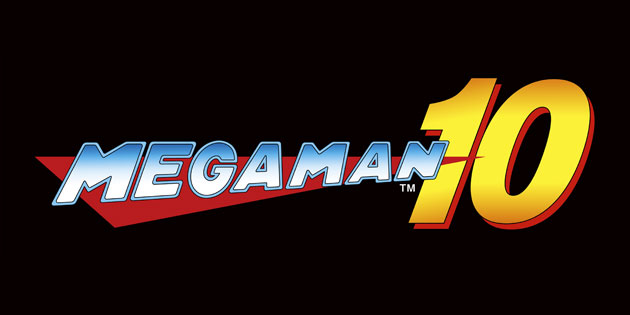 Reviewing Mega Man 10 is something of a pointless task.  While 2008’s Mega Man 9 returned to the series’ roots in an unprecedented fashion, the 10th title in the main line of games is, quite frankly, more of the same.  It’s 8-bit platforming goodness right down to the occasional sprite flicker and while nostalgia might have you downloading this title without a second thought, you might want to reconsider.  The fact is that the Mega Man formula has begun to show its age.  It’s been around for over two decades, and as well designed the 10th iteration may be, a few hours of playing it will make you remember why the series died in the first place. 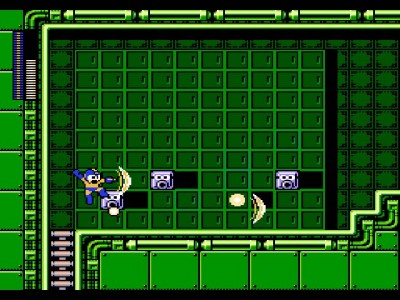 It’s the same thing that we’ve always had.  A thin layer of story that’s entirely in service to the Eight Robot Masters, Dr. Wily, and their respective stages.  For those who didn’t play Mega Man 9, gameplay is modeled after Mega Man 2, meaning the Blue Bomber has no power slide or charge shot.  If you want to enjoy those gameplay elements, you can play through the game as Proto Man, who is included in the main game this time around as opposed to an add-on.

Bass is slated to make an appearance when the first batch of DLC comes around on April 5th, and his powerups include an arm cannon that can fire in 7 directions, his power dash that allows for longer jumps, and his companion, Treble.

It plays just like the old school titles in every way that matters, but Capcom has managed to include a few enhancements that make the game more enjoyable.  First and foremost is the new ‘Easy Mode,’ which is a bit of a misnomer.  Granted, it’s a cakewalk when compared to ‘Normal Mode,’ but it’s not like all of the challenge has been removed.  Another feature is the ability to switch your weapons using the shoulder buttons–something that is, to say the least, invaluable.  In addition to being so much more efficient than pausing to change weapons, it allows for new strategies involving rapid weapon-swapping.

The weapons do exactly what you’d expect them to and sometimes more.  In addition to each weapon being the Achilles Heel of a certain Robot Master, some allow you to climb walls and perform other unique maneuvers.  But none are so overpowered that you’ll be able to breeze through stages.  In the end, it’s just as much about timing and reflexes as it was twenty years ago, although things like the Item Shop will provide invaluable assistance. 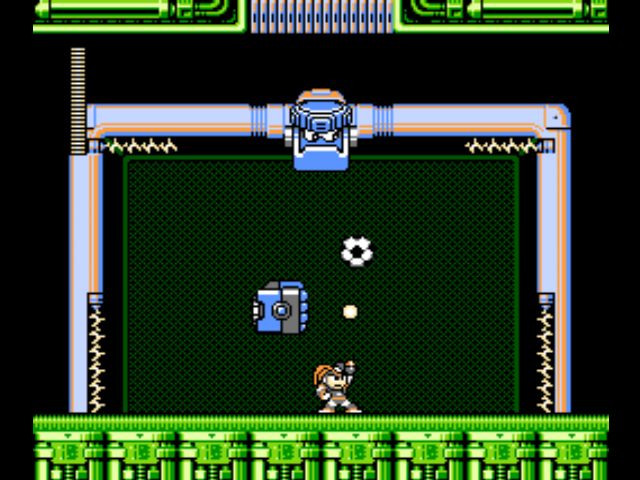 Mega Man 10 introduces Challenge Mode, a series of tests that will help you hone your skills and earn you Trophies/Achievements.  They range from perplexedly simple to infuriatingly difficult and the dialogue box that pops up telling you your objective each time you begin will grow increasingly annoying as you retry the harder Challenges.

Stages are deviously designed around the principles of trial & error.  Memorization is the only way to beat each stage and the order in which you tackle the stages makes a huge difference.  The levels are a blast to play and the feeling of accomplishment when you flawlessly complete a ‘disappearing box’ platforming segment is quite invigorating.  However, there’s only so many times that an enemy can hit you while in mid-air and send you tumbling to your doom before it starts to wear thin.  Fortunately, mid-level checkpoints cut down on the repetition. 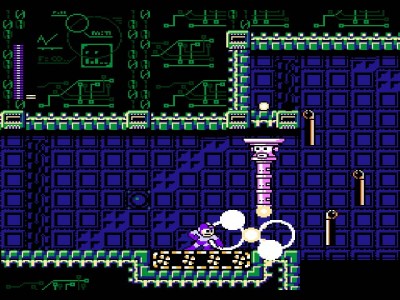 Graphically, the game sticks to the 8-bit style, though it’s somewhat disappointing that it’s in 3:4 aspect ratio.  The soundtrack is full of compositions that’ll get your adrenaline pumping and all of the classic sound effects and enemies make triumphant returns.

Mega Man 10 is not to be taken lightly.  It separates the men from the boys and it will test your skills and patience like nothing else in today’s gaming landscape.  For Elder-Geeks, it’s a welcome trip down memory lane with a few modifications to make it more accessible and less aggravating, but expect just as many ‘cheap’ deaths as before.  Just like its predecessors, it’s the kind of game you’ll love one minute and hate the next.  You’ll probably play it, rage quit, and come back to it later, but there’s some kind of charm to that.  Or maybe we’re all just masochists.