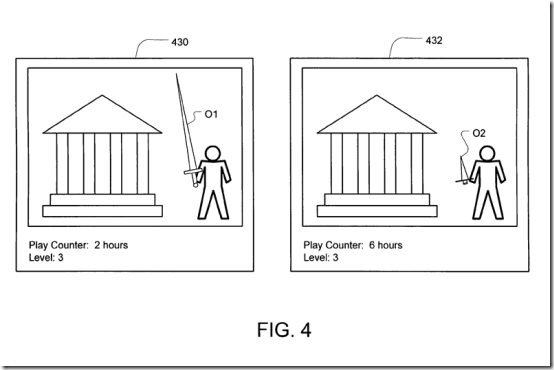 Erectile Dysfunction proved a much stronger foe than Sephiroth for Cloud...

Demonstration builds are a key instrument in building pre-release hype for a game, or to breath a bit of post-release buzz for a lesser known release. But creating a self-contained experience, while still teasing the fully-priced product, is a difficult task. Some developers, most often seen in Xbox Live’s Indie Games library, time their demos: offering the full experience for a limited amount of time. Others block off all but the basic modes of play, giving the most streamlined version of the game. But a new  patent from Sony, discovered by Siliconera, may add a new method to the demo madness.

Degradable demos, as they have come to be colloquially known, will offer the full-length, fully featured version of a release, in which the features or components will slowly be removed (measured by either play time or a set number of plays) until the player decides to pay the cost. Examples include a fully upgraded weapon by replaced with gradually weaker models, or with subtler aspects of the presentation like brightness and color depth fading as the player progresses.

Elder-Geek would like to remind our readers that patents are claimed and filed daily in great number, and are not necessarily concrete evidence of future products.

Is this kind of demo something you’d like to play with, E-Gs? Or are degradable demos too frustrating a concept? Comment with your thoughts below!