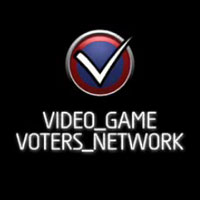 The grassroots gamer-political organization the Video Game Voters Network (VGVN) has just reached the 200,000 member milestone, according to its parent Entertainment Software Association. The coalition was founded in 2006, and represents the gaming community in matters of state and federal interest, most recently including bans or increased taxes on game software and misrepresentation of the community within the mainstream media.

The Video Game Voters Network has “mobilized to send hundreds of thousands of communications to elected officials in support of equal protection under the First Amendment for the computer and video games they enjoy. In 2009 alone, the network activated 46 times and members sent thousands of letters to Capitol Hill and state legislative offices in 35 states in response to potential government regulation.”

“VGVN members play a critical role in protecting free speech and defending this innovative and creative art form from intrusive and unnecessary government legislation and regulation,” said Michael D. Gallagher, president and CEO of the ESA. “They support their choice of entertainment by contacting elected officials and making their voices heard. Our industry is fortunate to have these dedicated individuals helping to preserve the rights of computer and video game consumers and makers.”

If you want to get involved with the Video Game Voters Network (one of Elder-Geek.com’s highest praised video game associations), head over to www.videogamevoters.org to learn how you can help represent the community in the political sphere.