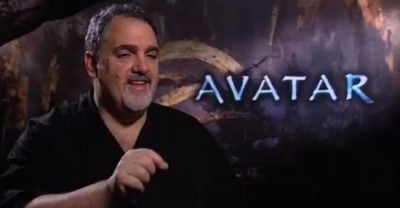 Jon Landau, producer of dozens of high-profile Hollywood releases (most recently James Cameron’s Avatar), joins Paul W. S. Anderson as a keynote interview for this year’s 3D Gaming Summit on April 21st in Universal City. The main topics of the interview will be Landau’s experience with stereoscopic 3D, specifically its use in the video game version of Avatar.

“There is no one better to talk about the seismic shift that 3D has brought to the entertainment sector than Jon Landau,” said Bob Dowling, former editor-in-chief of The Hollywood Reporter magazine and co-producer of the Gaming Summit.  “Avatar has been the game-changer of all time, forever altering the way we perceive entertainment across all platforms.”

“In addition to helping James Cameron change the future of filmmaking with the Oscar-winning Avatar film,” added veteran gaming industry journalist John Gaudiosi, Senior Content Advisor to the 3D Gaming Summit and co-founder and Editor-In-Chief of videogame syndication service Gamerlive.tv, “Jon Landau was instrumental in working with Cameron and acclaimed game studio Ubisoft Montreal to usher in the first big console game in stereoscopic 3D on PlayStation 3 and Xbox 360 with James Cameron’s Avatar: The Game. Today, we’re seeing key players in the industry, including Sony Computer Entertainment and NVIDIA, usher in new stereoscopic 3D games, in part, as a result of this groundbreaking work.”