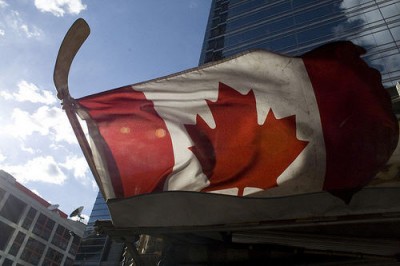 Thanks to generous tax incentives and a federal appreciation for keeping game developers local, the Entertainment Software Association of Canada (ESCA) has claimed the Great White North as the third largest game development-dense country in the world. Many attribute this usurpation of the UK to a more moderate view of the games industry, as countries like the US and UK require a degree of “cultural relevance” to some games in order to receive government support.

“Both the Ontario and the federal governments have focused on digital media as being a core area, so it hasn’t really required a staff to go out and do broad lobbying. We’re able, actually, to go out and tell the government ‘Look you’re thinking of doing this, this is why this works even better’ and it just helps back up their strategies around that,” said Peter White, President of the London (Ontario) Economic Development Corporation to GamePolitics. “They can look and see that all three levels of government are involved in this process.”

“It’s a team effort; we’re out promoting the region first and getting people interested in looking at Ontario, and once they decide that they are interested in Ontario, then it’s up to each of us as individual locations to promote the specific advantages we have for each of our cities,” White went on to explain. “Anytime we can get a win in Ontario, it’s going to be beneficial for all of us. For instance, when the province worked with Ubisoft to have Ubisoft make their investment in Toronto that really helped the profile of us (Ontario) as a great site to be located. The province has done some great things in conjunction with the federal government to bring us down to the point where we are the lowest cost tax jurisdiction of all the G7 countries. On top of that, through both the provincial and federal governments we have outstanding programs around research and development.”