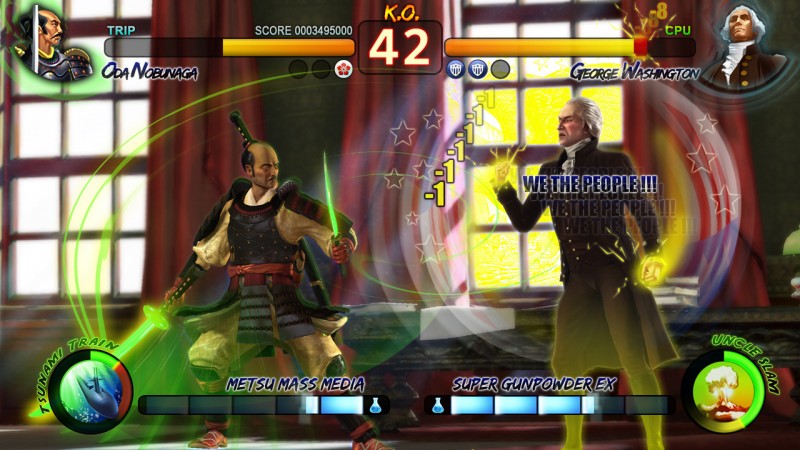 2K Games announced today that the upcoming Sid Meier’s Civilization V will feature something called “Extreme Diplomacy.”  When all else fails and a conflict is at a stand-still, world leaders will be able to battle it out 1-on-1 in a fight to the death.  Each world leader has special skills and attacks, including:

Furthermore, a deluxe edition of Civ V will ship with an 8-button joystick to capture that true arcade feel.  Now let’s hope that this isn’t just some April Fool’s joke.