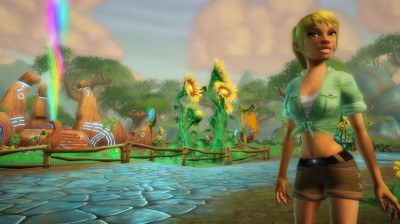 Sony Online Entertainment has surprised even themselves with the success of their free-to-play MMO Free Realms. The young audience online game has surpassed 10 million registered players, just three weeks before the game’s one-year anniversary of its April 29, 2009 launch. The event has sparked a multitude of in-game bonuses, including 15 birthday quests, live community events, two new combat-based mini-games, and an assortment of ceremonial avatar attire.

“Reaching 10 million registered players on the eve of Free Realms’ first birthday is an incredibly exciting event for SOE and our passionate online community,” said John Smedley, president of SOE.  “Millions of gamers have confirmed that the genre we pioneered over 11 years ago with the original EverQuest continues to evolve and expand to include new styles of gameplay that reach a wider audience than ever before.”