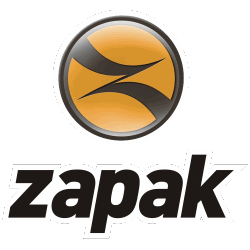 Codemasters has had many buyers in its stocks over the years, but it seems that major investments are now the main company policy. Reliance Big Entertainment Ltd. (a portion of India’s Reliance ADA Group) has acquired 50% of the British developer’s stock recently, putting the Indian firm’s gaming division, Zapak Digital Entertainment, at a divided overseeing position with Codemasters’ other 50% stockholder Balderton Capital. The former is the largest gaming company in India, responsible for the majority of the country’s gaming cafes and MMO market; the latter is the leading European investment firm, who invested in Codemasters originally back in 2005.

“We are excited to partner with Codemasters and believe that its very strong technology, development and distribution presence will complement our global gaming portfolio.” Rohit Sharma, Zapak’s CEO recently said, “Additionally, Zapak’s global strength in mobile gaming will enhance Codemasters’ ability to fully leverage its attractive franchises such as its racing and cricket games.”

“The opportunities arising from this partnership are truly exciting.” added Codemasters chief executive, Rod Cousens, “This is great news for our development and publishing teams. Reliance and Zapak have immense resources and will help us realize the full potential of our game coding and online excellence across so many platforms, and especially in the world’s fastest growing markets. The future of Codemasters has never looked brighter – it’s a whole new game.”

Balderton Partner Tim Bunting was also quoted as saying, “We are delighted to welcome Reliance as our partner in Codemasters and gratified by the confidence in Codemasters that Reliance’s initiative represents.”