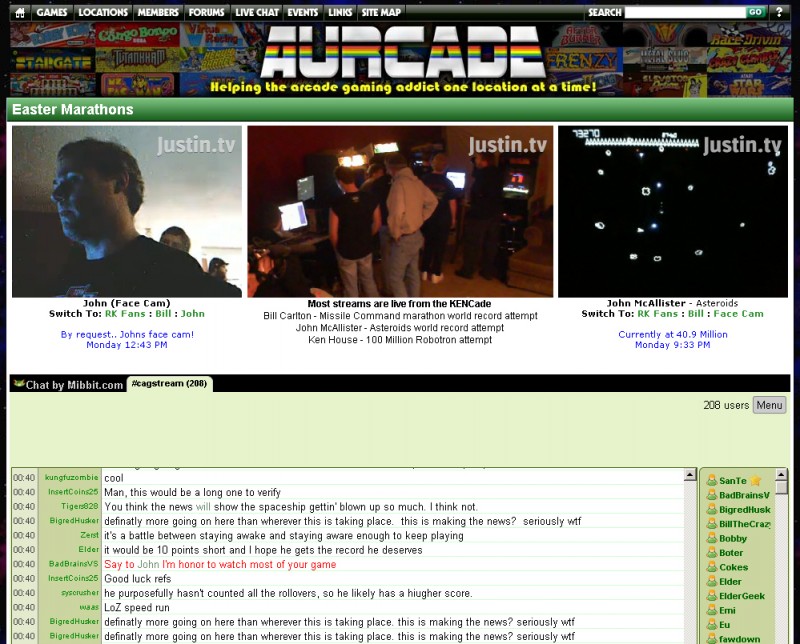 I’m currently in the IRC chatroom on a livestream of John McAllister’s attempt to break the world record score in Asteroids. Three screens line the top of the webpage. One of a crowded room with supporters, fellow players, and a TV crew, one focused on John’s face, and another pointed at the game screen. 58 hours in, he’s at 41.1 million points, less than 200k away from breaking the 41,336,440 record set in 1982 by 15 year old Scott Safran of Cherry Hill, NJ.

The IRC is populated by over 240 users, chatting about games, previous records, and notable figures.  Over 1100 people are tuned in, prepared to witness gaming history.  We’re all just waiting for that moment when the 28 year old record will be broken. You can check out the live stream here, but don’t expect it to last much longer. The finish line is in sight.

UPDATE: At approximately 1:19 AM EST, John McCallister broke the world record with an estimated final score of 41,338,740 points (not taking into account uncounted rollover).  The score is currently being verified by Twin Galaxies and Walter Day.  He had been playing for close to 59 hours straight and we at Elder-Geek.com would like to congratulate him on his accomplishment!  Now get some sleep, John! Oh, and Happy Birthday! 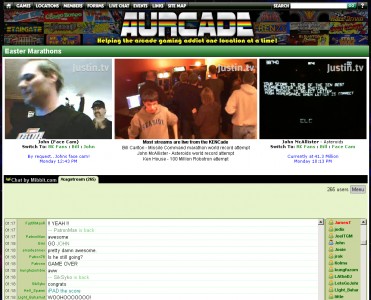 A screen capture of the moment of triumph. Click to embiggen.