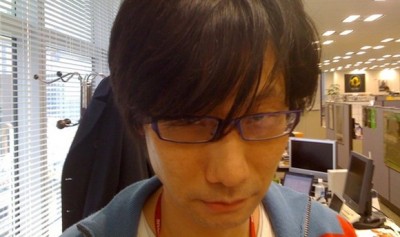 Hideo Kojima is no stranger to risk, having practically pioneered a new genre of action games in an era of arcade conformity. The developer has since made a tradition of stretching both the hardware and aesthetic capabilities of the medium with each new release, and weathering significant apprehension from the consumers in the process. But it looks like his next (yet unannounced) project will go a step further, if Kojima himself is to be believed.

Speaking via twitter message, Kojima hinted that, “The next project will challenge a certain type of taboo. If I mess up, I’ll probably have to leave the industry. However, I don’t want to pass by avoiding that. I turn 47 this year. It’s been 24 years since I started making games. Today, I got an ally who would happily support me in that risk. Although it’s just one person. For a start, it’s good.”

For a translated version of the post, look here.

What could this mean, E-Gs? Another incestuous relationship ala Metal Gear Solid 2? Does this possible controversy hint at what the mystery game could be? Comment below!

5 thoughts on “Kojima’s Next Game to Challenge Taboos”