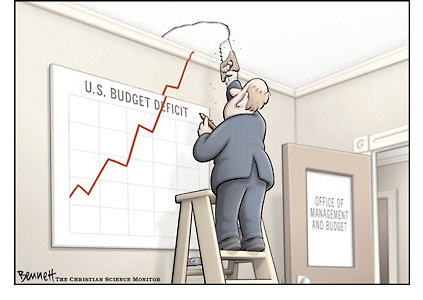 Press 'X' to find out what Derivatives are

Educational games haven’t been high on the profitability scale for the Big Three, but it appears Microsoft may be in talks to release a government-sponsored IP. Steve Ballmer of Microsoft has been approached by Erskine Bowles, co-chair of President Obama’s fiscal commission, in creating a game to educate people about reducing the deficit. The possible business relationship has already drummed up a bit of enthusiasm in the other houses, Senator Bob Kerrey (D – Nebraska) saying that the game has the potential to “go viral.”

Think this could get to the audience the Fed desires, E-Gs? Could games be a good political education tool? Give us your speech below!

One thought on “Microsoft to Make Game on Deficit Reduction”