Many of you are probably wondering how Princess of Mars is a mockbuster. I, too, was curious of that at first until I learned that Princess of Mars by Edgar Rice Burroughs — the guy who created Tarzan and the “of Mars” series — is actually the book that the movie Avatar is based on.

Oh? You don’t believe me? Check out the box art. 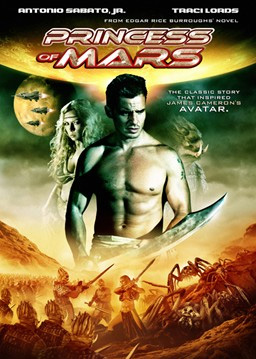 Having never seen the movie Avatar before  — I don’t like to wear glasses over top of my glasses. Sue me. — I wanted someone else to watch Princess of Mars with me; someone who has already seen and enjoyed  America’s beloved champion sci-fi film.   Having already tricked my wife into marriage, I didn’t want to strain our relationship any further by forcing her to watch this science fiction schlock with me, so I bribed my friends with a wide variety of beer and New York-style pizza to come over to my apartment and watch the potential atrocity with me. I wanted to see how similar the two films were so I could make a proper comparison to you, my faithful-ish readers.

Ouch.  Have some more pizza and beer fellas.

On with the review…

John Carter, played by Antonio Sabato Jr., is a special forces soldier on a mission in an unnamed middle-eastern country. He’s supposed to be a bad ass, but he’s really more of just an ass.  I’m assuming that he didn’t really make it through Special Forces training, but the military sent him off into the middle of enemy territory in hopes of never hearing from him again.

After being shot several times at point blank range with a variety of pistols and assault rifles (you know… for being an ass), the military saves his life by inserting his body into a virtual body on the far away planet of Mars 2012. It’s not the Mars parked right next to Earth. This is a “different” Mars, though I’m sure Edgar Rice Burroughs actually meant our Mars. Fortunately for John, and unfortunately for the audience, the military can take the technology to transfer a human’s entire mental being with them wherever they go on this 16 gigabyte flash drive. 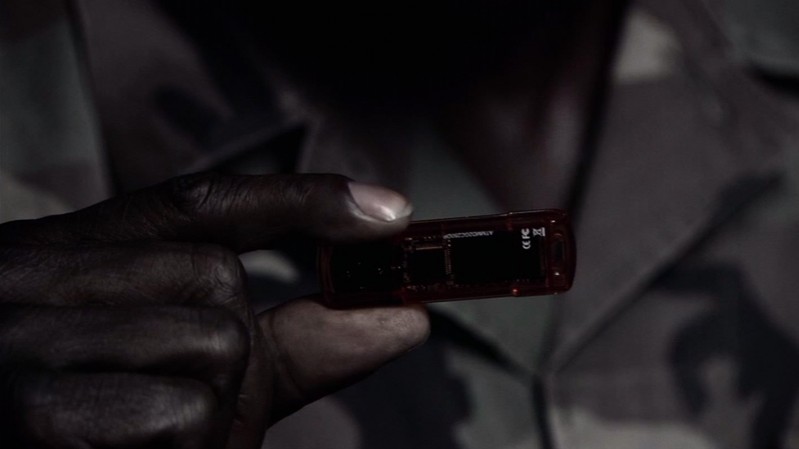 I wasn't shitting you. This is the drive. Oh... this joke is only going to get better with time. I'm still scratching my head trying to figure out how this is a cure for multiple gunshot wounds.

While on Mars, Carter finds himself captive by a Turian-looking race that hook him up with gladiator gear. From there, the plot gets fuzzy at best (probably from the drinking), but John discovers Traci Lords in a Princess Leia bikini as she is off to save the planet’s air supply by restarting the air filter system in some remote part of the planet.

I know this is probably more of Burrough’s fault than it is the Asylum’s fault, but having a princess restart a highly complex piece of machinery like an air scrubber that fixes the entire planet’s air supply is actually MORE unlikely than say… having Sasha and Malia Obama go restart a nuclear power plant. 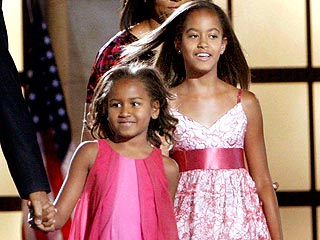 Yea... these two. MAYBE Chelsea Clinton could have pulled it off in the 90s.

Nobody questions Carter where the hell he’s come from. And the audience is supposed to just believe the *cough* seemless *cough* space travel that looked like it was yanked right from Stargate. Because Carter isn’t from Mars, he’s empowered with super strength which allows him to jump really high… 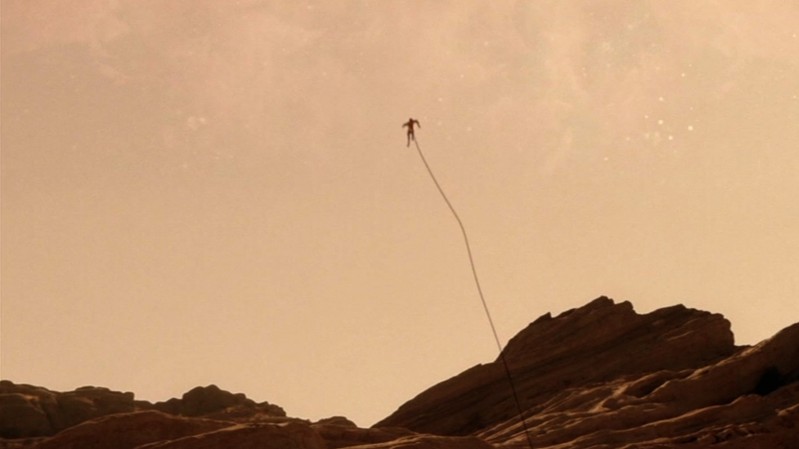 … and chuck his Tusk Turian friends off of rock walls. 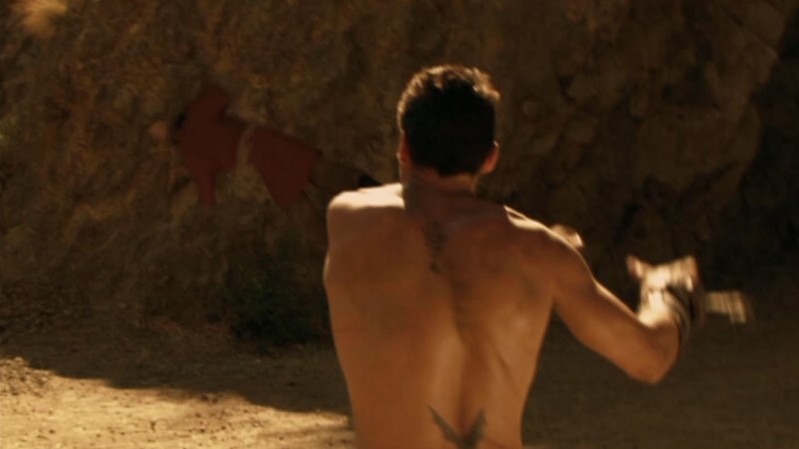 This was the only moment in the movie where we all universally cheered. Question: Does anyone know why Sabato Jr. has a bat tramp stamp?

You assume Carter’s newly found strength is from encountering a gravity much lower than Earth’s. I was hoping he was going to suffer from the other effects of gravity loss like bone deterioration and kidney problems. But this is science fiction. Only his dreams become reality. Not mine.

Traci Lords and Antonio Sabato Jr. find the air power station and after a minor struggle with an even more minor character involving one of the silliest sword fighting scenes outside of a kindergarten playground, they save the day and Sabato Jr. is beamed back to Earth where he makes a full recovery and the military puts him back into service. 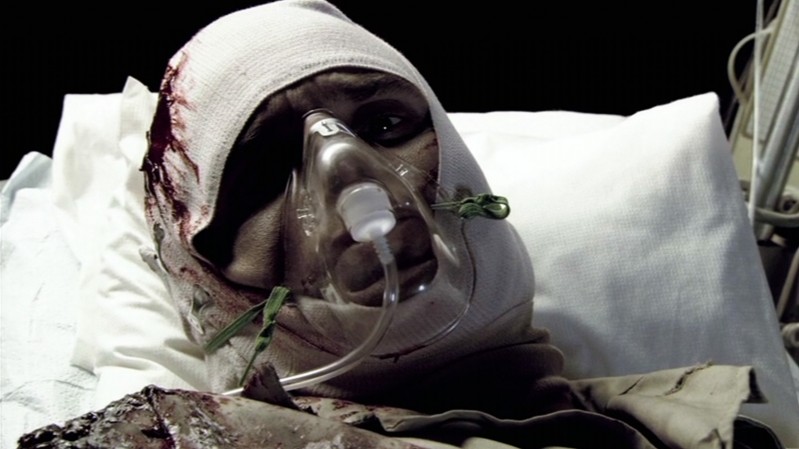 It really is sad... that he recovers.

The Funny Stuff / Stuff That Pissed Us Off

My 9-5 job has me working in a creative field. I understand that sometimes inspiration runs a little dry and you dig into pop culture for some inspiration. But Princess of Mars takes that to a ridiculous (and somewhat funny… depending on how highly you hold some of these sacred science fiction cows) degree. Please see Figure 1 below for more information.

According to Figure 1, Princess of Mars borrowed heavily from the Star Wars Trilogy, Dune (1984), Mass Effect, Gladiator, Stargate, and elephants. For shame, Princess of Mars! Shame! While we’re on the subject of borrowing and mockbusters, if they were going to borrow from a movie, why didn’t they borrow from Avatar? After all, the success of this movie was banking on Avatar‘s success. Why no cat people?

After 15 minutes of viewing the film, we all knew we were in for some pain.

Oh, but dear reader, I know what you’re thinking. “How can Traci Lords in the Princess Leia leather bikini be all that bad?” Well, for starters, princesses, for the most part, are meant to be on the younger side. Lords is 41 and her hard life of making human reproduction documentaries is starting to show a bit. 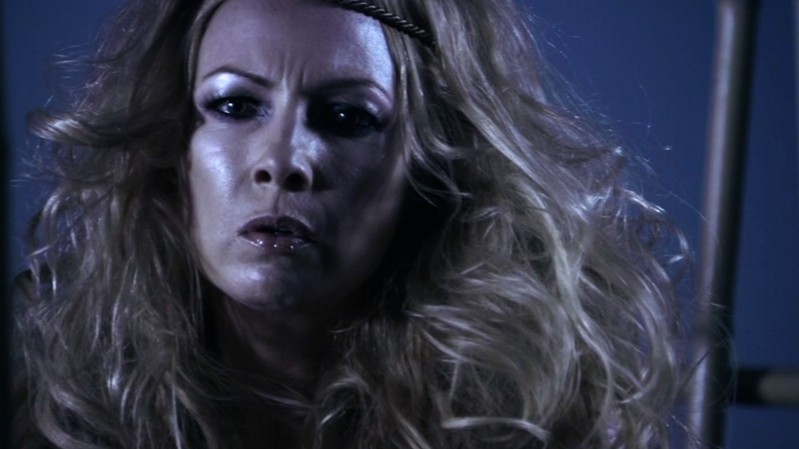 There she is, boys. Traci Lords... the Princess of Mars. Sadly, all the dim lighting and heavy make-up isn't helping her much.

Don’t think me an age snob. I know plenty of women in their 40s and 50s who are still incredible looking. But I don’t think I’d ever put any of them into a “princess” role in a movie. Not even in a mockbuster. There was an easy answer to all of this, though. They could have named it “Queen of Mars.”  I know it’s not the title of any book that Burroughs had written, but he’s rolling in his grave right now anyway.

Aside from the blatant idea borrowing, we had a few chuckles at the speeder bike that was made out of a canoe with bicycle handlebars and a mini windshield hot glued to it. Instead of reading me yammer on about it, here’s a picture of one. Next to it, is a photo of Antonio Sabato Jr. supposedly moving over 100 mph on one. Enjoy!

They ruined a perfectly good canoe for this movie.

The acting is painfully bad. The leads, Sabato Jr. and Lords are the worst offenders. Actually, they’re the only offenders. The people who play the roles of the aliens actually do a decent job with the ridiculous roles they’ve been hired to play. It’s like watching a joke movie except Traci Lords and Antonio Sabato Jr. don’t know it’s a joke.

One bit of praise I can pay to Princess of Mars goes to the make-up and costume artists. Big thumbs up from me (and my drunken pizza-stuffed friends) for making aliens that actually looked half decent. Sure, I could see a few flaws in their design, but all in all, they were better than 99% of the stuff that you’ll find on SyFy Channel or from other Asylum productions. 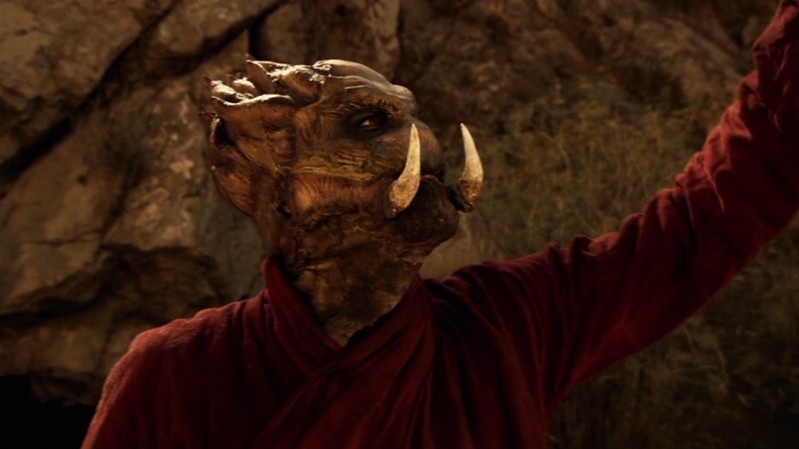 So… if you find yourself on a Friday night staring at the otherwise empty shelves of the rental store, avoid this Avatar-wannabe like the plague unless you have enough beer and pizza to reinforce your friendships / marriage  / self-esteem. Certainly, we had a blast lampooning this train wreck, but we would have had a better time getting drunk while watching any of the movies it steals from like Return of the Jedi, Gladiator, or Dune. Hell, making fun of those movies would have been better. Lord knows there’s plenty to poke at in Dune. 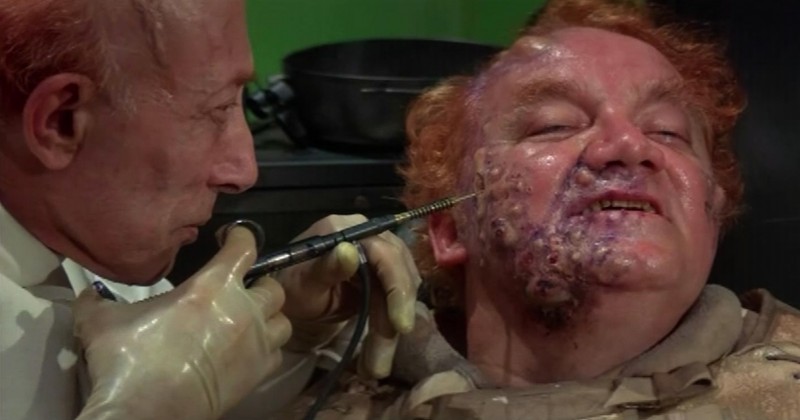 Then we could have all gone to our separate homes and paid homage to Traci Lords in our own way.

Still, not all mockbusters are bad. Paranormal Entity was actually worth renting. So, I’ll continue my search for that next hidden gem.