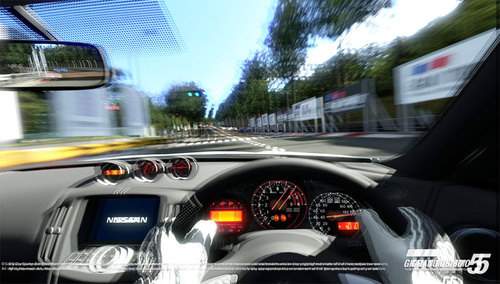 Sony has made dramatic efforts to be at the forefront of 3D gaming, and it looks like many of the most successful of the company’s Playstation brand will either be retrofitted or come equipped with 3D visuals, according to The Gamer Access. Little surprise to see the highly anticipated sequel to the Gran Turismo driving simulator franchise will be supporting an extra dimension when it releases later this year, but many of the console’s back catalog will have 3-D integrated into them months after their release. Titles like Killzone 2, Super Stardust HD, Wipeout HD, and LittleBigPlanet are all confirmed to sport the new tech down the road. This summer will be an especially important time for Sony, as certain HD television sets within the brand will be able to upgrade to stereoscopic 3D (although glasses will still be required for the time being.)

CEO of Polyphony Digital and lead designer of the Gran Turismo franchise Kazunori Yamauchi has expressed a welcoming attitude when it comes to 3-D tech (as well as the Playstation Move motion controller), speaking in an interview with PSM3 uncovered by CVG.

“We’re always attuned to new technologies,” Yamauchi stated, “If there are display devices or peripherals that seem interesting, I’m sure we’ll work to support them.”