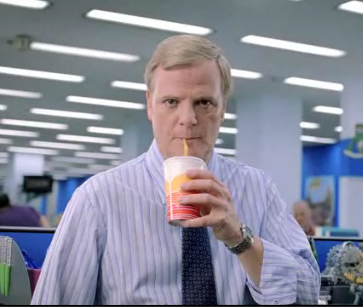 It took a price cut to get the Playstation 3 back into a groove, but a new comedic marketing push featuring Kevin Butler definitely aided the massive sales boost Sony has received post-Slim SKU. Speaking to IGN, Senior Vice President of Marketing and Playstation Network Peter Dille discussed the advertising campaign and its effect on the Playstation “mojo.”

“The campaign is working to drive hardware sales,” Dille commented, “PlayStation 3 sales are up 184 percent in the three months following the price drop, and while a lot of that has to do with price itself, we know from research that consumers are more educated as well. Purchase intent went from 19 percent prior to the price drop, to 36 percent after this campaign started. And we’ve also tracked our competitors and they’ve fallen during the same time.”

He added, “You’re going to continue to see Kevin Butler highlighting new content that is hitting the platform. That will include PlayStation Move later this year and also 3D.”

But talking about Sony’s bright-eyed present inevitably brings up its lackluster past, and Dille was quick to comment on the former commercials to pimp the Playstation, including the infamous “White Room” commercials.

“We get questions about the white room and the baby ad quite a bit. That whole campaign was to get people to say ‘What the […]? I need to understand more about what this is,’ ” he said. “That whole campaign was really about power and the power the PS3 has. But what we found was that this whole positioning was a bit intimidating to people. Our research also showed that Sony could be perceived as arrogant.”

“We struggled with our messaging early on to clearly communicate the value proposition of the PlayStation 3. Now I’d like to think that the best, crispiest messaging in the world really wouldn’t have done a whole lot to sell a $600 game machine in a very horrendous economy,” he continued. “With our campaign now, we kind of knocked off all those obstacles. The arrogance I think has gone away,” Dille said. “We kind of gotten back to our mojo with the sense of humor that people came to know and love with early PlayStation advertising. I think it’s just a more likable connection to the consumer.”