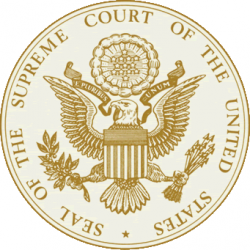 The Supreme Court of the United States has recently announced its decision to look over points of view on video game regulation. Many states have come forth to lesser courts with the proposal to regulate the purchase of certain video games beyond a rating point. Cases in favor of this policy have been shot down in 12 courts across the country, but senators and governors (most notably Secretary of State Hillary Clinton) across the nation still tout its values.

This is one of the big ones, E-Gs? Do we regulate as prescribed by some politicians, or adopt similar “personal responsibility” policies like other Entertainment media? Give us your thoughts below!

One thought on “Supreme Court to Vote on Video Games”