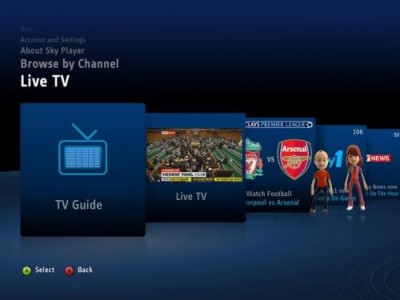 The 360 has long been a haven for various independent webisodes and TV talk shows. Even those with silver accounts on Microsoft’s console-dashboard have access to a variety of unique and varied games-based programming, enough it seems, that talks of a dedicated television channel have already been in discussion. Peter Chernin (of former News Corp. Presidency) has reportedly come to Microsoft with the idea of an Xbox Live Channel, with the idea of raising the Gold membership rate a few dollars to pay for it. The channel would not be limited to the console space, and would supposedly feature both re-ran and original shows. No official plans have been announced by either party.

“Peter is talking to lots of people about lots of ideas in the digital space,” said his publicist, Allan Mayer.

Yay or nay, E-Gs? Want a dedicated XBL channel on your TV? What would you want on it? Push your ideas below!