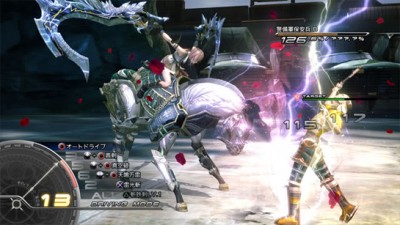 Dishing out some Krogan-sized burns in a recent interview with Strategy Informer, Daniel Erickson, writer on the upcoming MMO The Old Republic, pointed out what he felt were some key missing pieces that made Square Enix’s Final Fantasy XIII anything but a role-playing game.

Specifically in response to the divide between gameplay and story, Erickson had some harsh critiques.

“Well, before I address the main point I just want to take a slightly more controversial route: You can put a ‘J’ in front of it, but it’s not an RPG. You don’t make any choices, you don’t create a character, you don’t live your character… I don’t know what those are – adventure games maybe? But they’re not RPGs.”

6 thoughts on “Bioware Writer: Final Fantasy XIII Not an RPG”