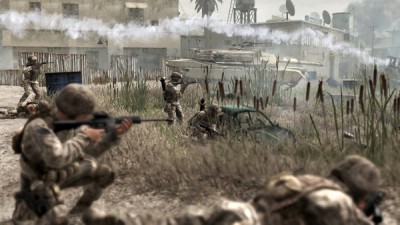 According to Superannuation, Activision has registered several new curiously-titled domains, including Call of Duty: Future Warfare, Call of Duty: Secret Warfare, and Call of Duty: Advanced Warfare. While no means an indicator of games in production (many companies actually buy up similar-sounding domain names to re-route them to their main game sites), the move coincides with many long-term rumors of a science-fiction entry into the biggest shooter franchise currently on market. With Sledgehammer, a developer filled with sci-fi veterans, on track for the 2011 release in the series, its quite possible that Soap has a descendant ready to bear arms.