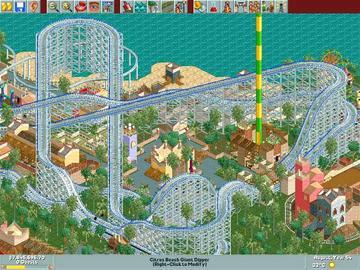 According to Reuters, Sony Pictures Animation (Ice Age) has picked up the rights to – and plans to start production on – a film version of the popular Roller Coaster Tycoon game franchise. A long-term simulation staple on the PC, the original 1999 release and its multiple expansion packs and sequels have made over $300 million since its first launch. The project looks to be aimed at a younger demographic, with a combination of live-action and CGI, with Harold Zwart (Karate Kid – 2010 version) believed to be heading the film. The license is just the latest of interesting game franchises to be picked for the silver screen, including Pac-Man and Chutes and Ladders.

2 thoughts on “Is a Roller Coaster Tycoon Movie Coming Soon?”