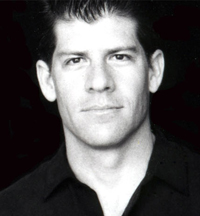 The executive board of Lucasarts looks to be in a bit of a shake-up, as President Darrell Rodriguez and several other executives have reportedly resigned from the company. Announced over a meeting, no official reason has been given for the resignations. Rodriguez himself was promoted under executive contention, his former boss Jim Ward also taking mysterious leave in 2008. Rodriguez’s position will held temporarily by staffer Jeremy Bowerman will Lucasarts corporate searches for a full-time replacement.

One thought on “Lucasarts President Resigns”