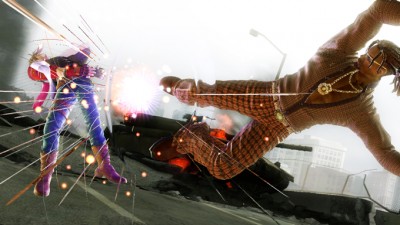 This past Friday, publisher Namco Bandai revealed a year-over-year loss for the company totaling 300 million dollars. The company also published an overall net revenue loss of 11% from last year, most of the damage stemming from its video game division (6.85 billion yen, $74 million.) This comes despite 600 jobs having been cut this past February. In terms of games sold, Namco Bandai reported a total of 22.7 million units across 225 releases for fiscal 2009, there highest selling IP being Tekken 6 which sold 1.84 million units across platforms (not including sales from North America.) 65% of all units sold were on the PSP, DS, and Nintendo Wii platforms, but the company has expressed its continued interest in beefing up its support for the Playstation 3 and Xbox 360 with new titles like Enslaved and Majin and the Forsaken Kingdom due out this year.

One thought on “Namco Bandai Gets Hit With Major Losses”