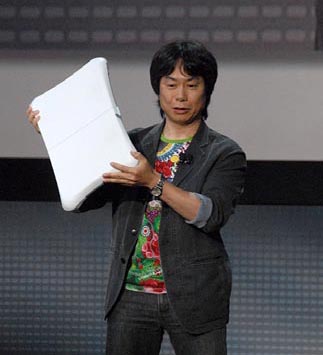 While internet-connectivity is not the Wii’s highest selling point, Nintendo’s Shigeru Miyamoto believes that the days of accessing the net on the DS and Wii for free may be limited. In a recent interview with Edge magazine, the auteur developer spoke on the company’s less-than-competitive stance on strong internet support, as well as the possibility for premium service in the future.

“Do we need to demand customers pay monthly fees to enjoy online activities? Or give an online subscription that is free of charge, but then offer something extra for people that pay, so that they get some extra value,” said Miyamoto, “With these core business strategies I think we are less active than we should be.”

He continued, “To be honest, I think it’s rather unfair whenever I hear such comments – that Nintendo isn’t proactive when it comes to its online strategy. The fact of the matter is that we always want all Wii consoles to be connected online, all the time, so Nintendo has never been less than proactive in that kind of endeavour. It is true, though, that Nintendo hasn’t been very proactive in developing such online activities as an MMOG. But when it comes to our endeavours that try to take advantage of internet technology, where we can provide our customers with more fun and entertainment, then I think we can say we have been very, very proactive and well-received. And that attitude won’t be changed at all in the future.”

2 thoughts on “Nintendo to Charge for Online?”