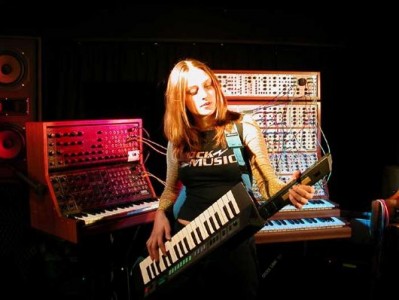 Caution: you will not look this sexy while playing keytar

Quickly becoming the most mulled-over demo end-screens in recent memory, Green Day Rock Band‘s single-image promo for Rock Band 3 featured iconography for the game’s traditional instruments: guitar, bass, drums, microphone (now showing three, rather than a single, microphone). But new to the musical arsenal is an icon featuring piano keys, leading many to assume that the latest in Harmonix’s music-rhythm franchise to include an option for either keyboard or keytar peripheral.

A source close to Harmonix has hinted that a keytar (an electric guitar using piano keys in lieu of strings) will be the latest plastic instrument offered by MadCatz for Rock Band play. Neither Harmonix nor Electronic Arts has confirmed or denied the rumor, but with E3 right around the corner, more information can be expected soon, keytar or no.

One thought on “Rock Band 3 to Feature Keytar?”