The Western was all the rage back in the day–way back, in fact. Before anyone on the Elder-Geek staff was born, in fact. Since their heyday, we’ve seen a few Westerns on the big screen, but their numbers have dwindled considerably, not to mention their quality.

As a result of an apparent lack of appeal, Western games are few and far between. Ask most people and they’d be hard pressed to give you a list of 10 worth playing. But I’ve spent the past few months collecting and checking out the genre and I’ve come up with what I believe to be the Top 10 Video Game Westerns.

You know a game is worth its salt when players have fond memories of dying of dysentery.  The Oregon Trail was a staple in schools in the 80’s and 90’s and it lives on with recent ports to the iPhone and DSiWare.  A shining example of educational games, it’s a bona-fide classic, and definitely worthy of being on this list. 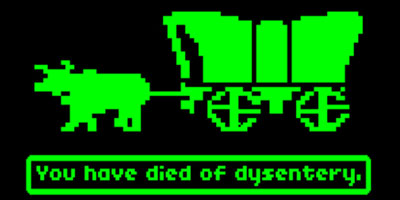 A standard FPS with a Western aesthetic, Darkwatch cast the player as Jericho Cross, an outlaw who turns into a vampire after robbing the wrong train.  Recruited into a clan of undead hunters, the game follows Jericho’s pursuit of the head vampire, Lazarus, and his attempts to regain his humanity.  Infusing classic Western themes with a bit of survival horror, Darkwatch was enjoyable for Western fans, but failed to rise above some of the greater shooters on the Xbox or PS2. 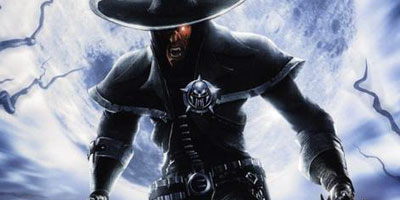 Rockstar San Diego hadn’t exactly tested their mettle in the action adventure genre when they released Red Dead Revolver in 2004.  Much more accustomed to racing games and the Midnight Club series, it was understandable when the game turned out to be less than spectacular.  Everyone was looking forward to ‘Grand Theft Auto in the West,’ but most were disappointed.  Shooting and movement controls were in need of refinement, and while the script was sharp, the story really only served to shepherd the player from mission to mission.  Steeped in the Spaghetti Western, Red Dead Revolver had style in spades, but not enough substance to put it higher on this list. 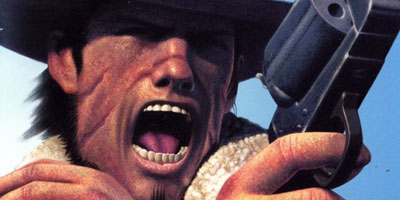 This is a seemingly odd choice, but rest assured that the game qualifies as a Western.  You play the bounty hunter, Stranger, on his journey to earn moolah, kill demons, and essentially just stay alive.  Exclusive to the Xbox, its graphics were excellent for 2005, and unique gameplay aspects like the ‘live ammunition’ (firing furry critters as opposed to real ammo) added that special Oddworld charm.  The game will live on when it’s released as part of the Oddbox on Steam this Winter alongside the rest of the series. 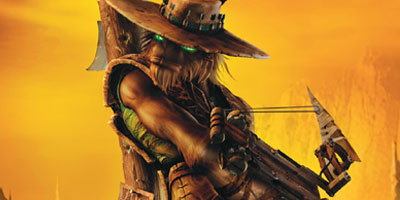 Considered by some to be a baby’s toy, Wild Gunman was fun in the arcades (and will continue to be fun until at least 2015) and even more fun at home just because, as kids, you never felt as deadly as when you were holding that NES Zapper.  Japanese kids were treated to an even better experience with the Famicom exclusive revolver attachment which was deemed too realistic looking for the US market.  With simple gameplay and no asshole dog to break your spirit when you missed, Wild Gunman was a staple of the NES library. 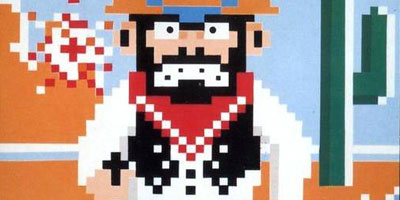 The year is 1991 and Konami is King.  The Sunset Riders arcade game comes out and proceeds to gobble up quarters until the home console releases in 1992 (on Sega Genesis) and 1993 (on SNES.)  The arcade continues to rob children of their allowance, but those lucky enough manage to convince their parents to buy them a copy.  Using gameplay mechanics perfected in Contra, this Western-themed run & gun is probably one of the most memorable Westerns out there.  It satisfied the niche market of video game Westerns but was also appealing to pretty much all gamers who knew and trusted Konami quality. 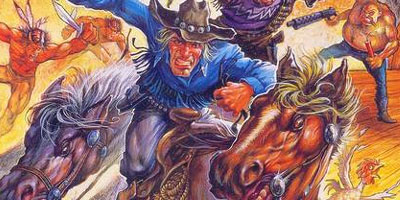 I’m probably one of the few who played Tin Star, but it will always have a special place in my heart.  Set in a version of the Ol’ West entirely populated by robots, you play Tin Star on a mission to capture the Black Bart & his Bad Oil Gang of mechanical menaces.  Accompanied by your faithful steed, Aluminum, and with plenty of comedy to go around, Tin Star doesn’t take itself too seriously, which is partly why it can still be enjoyed today.  The game could be played with the standard SNES controller, the battery-draining light gun, or the SNES mouse, with any control scheme but the light gun being preferable.  A rail-shooter, the game was universally accessible and massively entertaining, and considering its gameplay, I’m very surprised that it isn’t on the Virtual Console yet, because it’s tailor-made for motion controls. 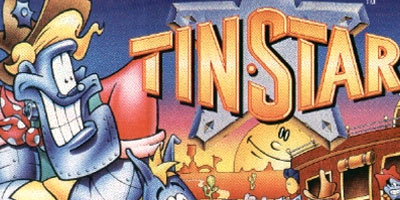 In 2005, Neversoft traded in skateboards for horses for the surprisingly good Gun.  With an intriguing plot that hooked you from the get-go and a star-studded cast including Thomas Jane, Kris Kristofferson, Brad Dourif, Ron Perlman, and Tom Skerritt, it was an example of good gaming narratives.  The gameplay could have used a bit more tweaking, especially the horse controls, but it was never unplayable.  There’s still a rumor floating about concerning a sequel, but whether Activision will ever get around to it is unknown. 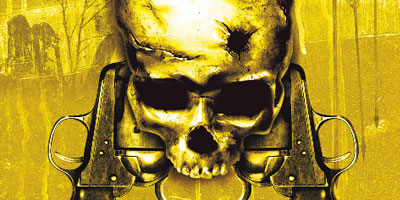 After the success of Star Wars: Dark Forces, LucasArts modified the engine to create the masterpiece that is Outlaws.  Playing as US Marshall John Anderson, you have to kill the bad guys as per usual, and while the game’s storyline is not without merit, the real draw is the gameplay.  There are few things more satisfying than riding into town and killing off an entire gang of outlaws.  The music was also memorable for being recorded using authentic instruments as opposed to MIDI, which was still the standard in 1997.  Throw in a fantastic multiplayer component and extra post-release content, and you have one of the best Westerns out there.  To this day it has a cult-like following, but the severely dated nature of its technology prevents it from persevering.  With any luck, it’ll soon be on Steam, or, if the Western Gods see fit, there’ll be an enhanced remake for PSN & XBLA. 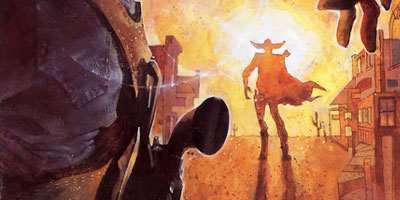 1. Call of Juarez: Bound in Blood

I might be in a minority here, but CoJ:BiB hit all the right notes for me. The storyline and acting were excellent with just the right amount of melodrama, it featured numerous references to classic film Westerns, the gameplay was solid, varied, and enjoyable, and it all translated into an addictive series of online multiplayer options.  In fact, the only thing that would’ve made this game better would have been cooperative play, which was curiously absent.  Despite a few flaws, it’s the best video game Western out there, one of the better games of 2009, and well worth the $20 bucks you’ll probably spend if you choose to pick it up. 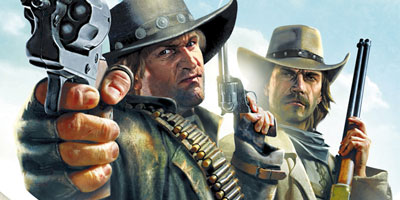 And thus the list has ended.  I’m off to play Red Dead Redemption.  Expect a review soon.