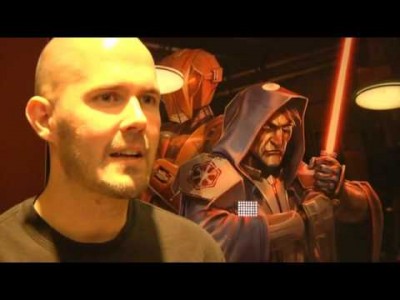 With the PC market being called “dead” for years now, the folks at Bioware – long-time game makers for the platform – have always been upfront with their support for the PC. Lead Writer Daniel Erickson reinforced that support in a recent interview with CVG, referring to the PC as the preferred platform for most of their games.

“Every two or three years we hear the announcement of fantasy being dead, PC gaming being dead and RPGs being dead. And yet, all of the biggest games that ever come out – that set the records – are nearly always PC games, and a lot of them are fantasy games.” said Erickson, “The biggest game in the world is a fantasy, PC, RPG MMO. We all know the drawbacks of PC. We all scream at our boxes and try to make stuff work. But at the same time, the interface is made for games. The mouse/keyboard interface allows so much less restriction [than consoles]. There was not a question when we started Old Republic – or any of our games, for that matter – [what the lead format would be]. There’s a reason the lead SKU for Dragon Age was [PC] as well. When we’re developing an RPG, it’s a natural place to be.”

4 thoughts on “Bioware: PC “Natural Place to Be””