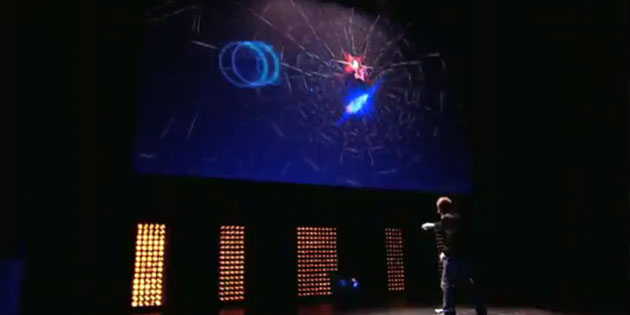 Tetsuya Mizuguchi just opened up the Ubisoft Press Conference with a demo of his next game. Tetsuya as many will know is the creator of cult classics like Rez, Lumines and Space Channel 5. His next game looks very much like Rez and will be exclusive to Xbox 360. The game is powered completely by Kinect and looks to work pretty well, with minimal lag and accurate tracking.

In an interview with Joysiq Tetsuya revealed that Child of Eden will in fact be playable with standard controls, and not just the Kinect motion control. Adding that the need for “physical feedback” were one of the major advantages of having a controller in hand. When asked whether or not we could expect to see Child of Eden for PlayStation 3 with Move support Tetsuya simply responded “we haven’t decided yet.”

2 thoughts on “Update: Child of Eden”