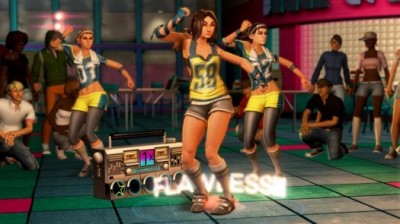 Of all of the casually-minded titles demoed in connection with Microsoft’s Kinect motion control system, Harmonix’s Dance Central arguably had the most appeal across all gamer lines. In an interview with Kotaku, however, Harmonix co-founder Alex Rigopulos hinted that the title may not stay exclusive to the Xbox 360.

From the Kotaku article:

…Rigopulos said that the team is looking into the possibility of bringing Dance Central to the Playstation 3 with the help of Move. We think it’s possible, he said.

The Wii? Not a chance, he said. It’s motion tracking doesn’t collect enough data and track things in a way that could translate into the sort of dance game that Harmonix would want to make….