A couple of weeks late with this one I know, and I’m sorry. But hey, better late then never eh? Enjoy.

This generation of consoles has been an interesting one for sure, but it’s not over yet. In an effort to increase the console lifecycle, Sony and Microsoft have announced motion control devices to be launched this fall. Both companies are approaching motion gaming differently, but both are using these new technologies as a way to re-launch their respective consoles. This is in no small way due to the huge success Nintendo has had with their answer to motion gaming. But how do these three devices compare? And which is more likely to control the free time of gamers everywhere?

This is the fourth part of the Motion Gaming series. Part 1 focuses on Sony’s answer to Motion Gaming, the Playstation Move. Part 2 takes a closer look at Microsoft’s Project Natal. Part 3 looks to Nintendo and their contributions to the motion gaming genre, both past, present and future. And part 4, which you’ll find below, will look at all three in an effort to compare and predict the outcome of the motion wars. 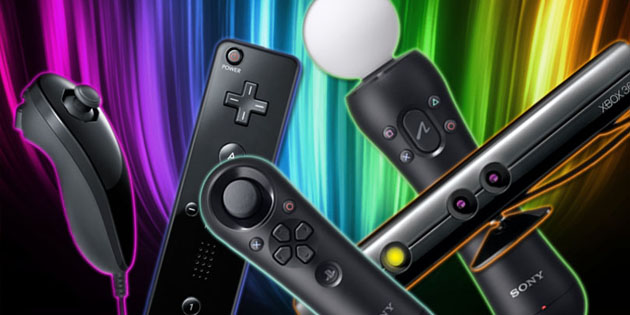 The fact that all these are black isn't a coincidence.

The past three entries of this series have been about each company’s individual answer to motion gaming and the technology behind it. We’ve learned how accurate Sony’s Playstation Move can be, how revolutionary Microsoft’s Project Natal is going to be, and how excessively successfully Nintendo’s Wii Remote has been. What about the future? Come E3 2010, will the tables turn? Will everything discussed in these articles the past month become outdated and pointless? First let’s take a look at what we can expect to have seen from the big three, after the E3 2010 week ends.

Since  both Microsoft and Sony blew their load early and introduced us to Move and Natal E3 2009, we can’t expect to get that many big new announcements from them. Apart from new games utilizing the Move and Natal technology, the electronics giants aren’t expected to make any big splashes in the motion gaming pond. Nintendo on the other hand has left the table wide open. No doubt the Nindendo 3DS will make a big appearance, but can we expect to see anything related to motion gaming? 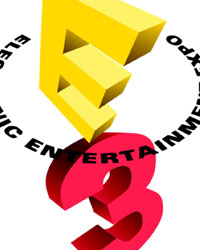 We know Killzone 3 exists somewhere out there, and that it will feature 3D, which Sony is pushing so valiantly. Could it also be that Killzone 3 will use the Move controller for aiming and that ever so elusive perfect grenade toss? Or will Sony focus on new franchises custom tailored to the Move technology? And given the hint we got from the Engadget Show Move demonstration, will there be games featuring previously unseen ways to use the Move technology? What about the next game of ThatGameCompany? We already know Flower will be patched to allow for Move support, will their next project be revealed to be equally Moveing? To give conclusive answers to these questions would be silly, irresponsible and could needlessly put my own reputation as everyone’s favorite gaming guru in jeopardy. So I’m going to go ahead and say; No, Yes, Yes and Yes.

Microsoft, unlike Sony, has barely shown any Natal games to the public. So one could reasonably assume that the majority of their pre-E3 Natal event will be filled with more or less nothing but brand spanking new games. If there is one thing the Natal has going for it, it’s being versatile in things outside the traditional gaming experience. Expect Microsoft to focus heavily on these nontraditional experiences like: wardrobe managers, pet-raising games, fitness games, trivia, physical challenges, and perhaps even educational games. Which isn’t to say that Natal won’t have any traditional gamers games in its lineup, but at this point it’s a crapshoot as to what those games might turn out to be. Natal has in total more developers working on games for the platform than Sony has with the Move. We just don’t know what any of them are, or even might be. Expect Fable III and EA Sports Grand Slam Tennis.

Then you’ve got Nintendo, which has the 3DS and Wii Vitality Sensor coming up, none of which qualify as motion gaming devices…as far as we know. But last year Nintendo launched a little product called the Wii Motion Plus. It gave the motion capabilities of the Wii a critical jump ahead in its evolution. But since then support for it via games have been disappointing to say the least, with only a couple dozen announced, never mind already released. We’re currently expecting to see the new Zelda game, the much beloved Pikmin sequel, The Conduit 2 and of course the mysterious Epic Mickey. Any one of those could feature Motion Plus control, and although it might not be Motion Plus exclusive, the future looks far from dark for the motion capabilities of the Wii. Yet some analysts and journalists are saying that it might be time for Nintendo to unveil its Wii HD. If so, will it feature even better motion control? Probably. 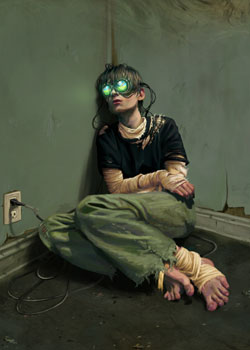 A bit of a bleak look on the future, but conceptually sound.

The thing about the future is that it hasn’t happened yet. You can’t exactly google-it to find out what happens/ed. That didn’t stop Kevin Butler so it won’t stop me either, although a pair of those funky plastic mirror glasses wouldn’t hurt. Motion control is by no means the last stop at the evolution of the gaming medium. In the future we’ll likely have holographic technology and eventually virtual worlds resembling that of The Matrix. But that’s not what we’re talking about now. What we are talking about is motion control, so post Natal, Move and Wiimote, what will gamers use to control their games?

Right now we’ve got the following technologies on the table: 1to1 precision, head tracking, body tracking, voice recognition, facial recognition, emotion recognition, audio feedback, physical feedback, visual feedback and augmented reality.  What features could be added in the future to improve motion gaming? If you know the answer to that question you should probably seek a carrier in game design. Possible inclusions could be chemical feedback (where drugs are used to alter your state of mind according to events in the game) or odor feedback (where different smells are added to the room to coincide with the in-game environment.) Both of these are pretty unlikely though as they could be disgusting at best and lethal at worst.

So instead of adding a bunch of features to the motion control experience I believe simple refinement of what’s already there is all we’re going to get for the next 10-20 years, after which Virtual Reality technology is predicted to begin emerging. So what sort of refinements could this be? One of the big problems with motion control right now is noticeable lag. Even Sony’s Move device (the most precise of the three) has a tiny amount of noticeable lag. What we would need to solve this is even more powerful consoles, sensor devices and perhaps most importantly, display devices. All of these things affect the frame rate at which the movement can be captured and displayed on screen; the higher the frame rate the more smooth the experience. But the human eye can only detect so many frames before it all becomes a blur, so at some point we’ll reach the tipping point and upgrading the technology will become pointless.

There is no doubt in my mind that Nintendo will be the one to take away the gold. It’s just too far ahead in terms of sales for the others to catch up this generation. Their sales might increase and Nintendo’s might decrease, but not nearly at a fast enough rate for either Sony or Microsoft to catch up. But the beauty of it all is, they don’t have to. All three of the big console makers have enough sales to justify continuing involvement in the video game industry for years to come. There is a market for everything and that includes Natal and Move. While Nintendo may have captured the casual market with its Wiimote, the market is large enough for all three and especially since the Playstation Move in particular looks to be targeting the core gamer market as well, if not more than the casual one.

Ten years from now motion gaming will definitely be a standard feature in videogames. There is no denying where the industry is heading and how the public is responding. What will be interesting to see is who’s going to lead the charge. So far it’s been Nintendo. But Microsoft could capture the imagination of the main stream market with Natal quite easily if it’d only lower the price a little from the rumored 149$. Sony most certainly will give hardcore gamers the motion control experience they’ve been waiting for with Move, but only time will tell if they’re able to branch out from that market base and achieve the same success in sales the competitors are likely to enjoy.

E3 is in a few weeks and will give us a clearer picture of the future of motion gaming, but meanwhile I hope these articles have provided you with interesting information and made you consider new perspectives in the big debate. A debate which I might add would be well continued in the comments section below. Thanks for reading.

3 thoughts on “Motion Gaming, Part 4: The Future of Control”