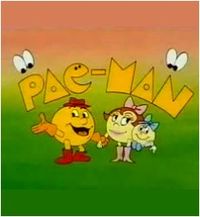 Marvel producer Avi Arad has had a secret project behind his back for several months now, but a Variety piece has exposed the business venture as a new, possibly serious, television show based on Namco’s classic pellet-muncher, Pac-Man. No word has been announced in terms of release, but long-time villains of the game (ghosts: Inky, Blinky, Pinky and Clyde) will supposedly be teaming up with Pac-Man to defend Pac-World from other ghosts. The show may also be a chance to discuss some serious issues, if Arad’s comments are part of the plan.

“We feel we have a unique opportunity to have an action adventure, human interest story,” Arad said at E3. “As a filmmaker, it’s a unique opportunity to get to know the characters you play. We don’t know what happened to Pac-Man’s parents…He’s the only yellow one in Pac-Land; what does that mean? Is it a social statement? We’ll find out.”