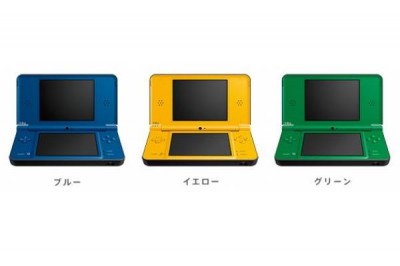 To make way for their highly anticipated 3DS model, Nintendo has announced price cuts across the board for the three existing DS models in Japan, starting June 19th. The DSi LL is set to drop to 18,000 yen ($195) an be released in three new colors (Yellow, Blue, and Green), the DSi to 15,000 yen ($163), and the DS Lite will drop the suggested retail price entirely, allowing retailers to chose their own price to make room for incoming 3DS stock.

And if you’re looking forward to the 3DS announcement at Nintendo’s E3 conference, but don’t have a ticket, the Big N has you covered. Streaming in time with the actual show (9am PST on Tuesday, June 15th), fans can go to e3.nintendo.com to see all the announcements and on-stage gameplay for themselves. Just make sure to keep a browser open and loaded on Elder-Geek for our running commentary and reaction to all the highs and lows of the show!