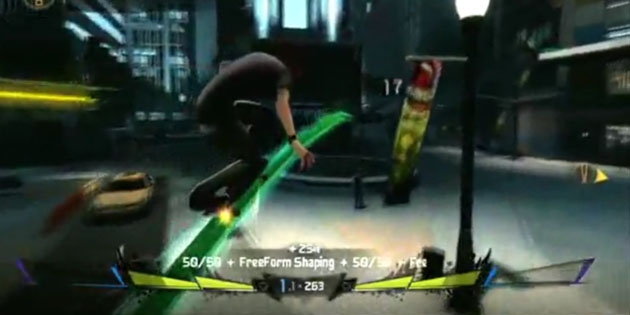 Shaun White joined the Ubisoft E3 press conference to unveil the first footage from his upcoming Shaun White Skateboarding title. The game goes above and beyond conventional skateboarding games, and tries to take on the perspective of actual skaters, with White advising the development team in explaining how skaters view environments.

By performing tricks in the gameworld, players are able to revitalize the world after a faction known as the “Ministry” has made the world gray and dull. This revitalization process is boosted by destroying propaganda, which will further add new possibilities for tricks.

Shaun White Skateboarding will be able for the Playstation 3, Xbox 360 and Nintendo Wii.