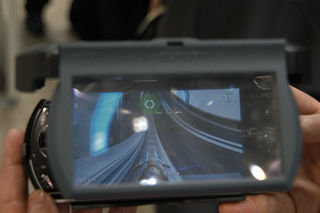 With Nintendo pushing 3D hard in its next DS iteration and Sony leading the console charge in the same field, it seems odd that the Playstation Portable also doesn’t aid the cause, with only a new advertising campaign announced at last week’s E3 for the handheld. Vice President of Sony Worldwide Studios Scott Rhode recently told IndustryGamers that the company has no plans for 3D integration in the future, either, stating rather simply “It’s just not something we’re announcing right now. It’s just as simple as that. It’s all I can tell you.”

Sony Computer Entertainment head Kaz Hirai reinforced the notion, even calling the Nintendo 3DS out in the process, by stating “Based off internally conducted research, naked-eye 3D for portables does not have high precision, and at present there are limitations.”

Where do you stand on a 3DPSP, E-Gs? Pitch Sony your concepts for their next handheld iteration below!