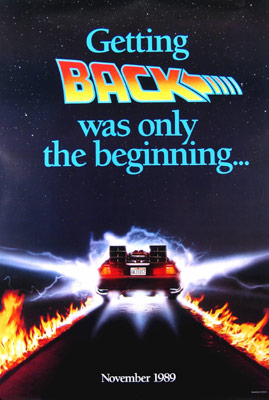 The amount in common between the Back to the Future and Jurassic Park film franchises has just grown exponentially. TellTale Games, makers of episodic releases like Sam and Max and Strong Bad’s Cool Game for Attractive People, have announced that they will be making similarly episodic titles based in the respective worlds of the aforementioned films. These projects are a result of a recent two-year deal signed between the developer and Universal Partnerships and Licensing, the first expected release under the partnership being a “season” based on Back to the Future this winter, followed shortly by something from the Jurassic Park universe.

One thought on “TellTale Goes Back to the Future, Jurassic Park”