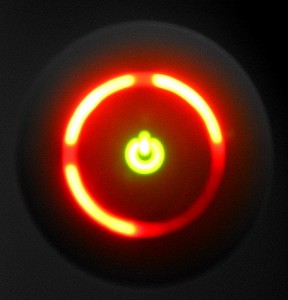 After years of HAL jokes and hate-filled costumer support calls, Microsoft appears to have put an end to the Red Ring of Death with the recently announced Slim SKU. While the error that caused the famous melt-down may never been 100% eradicated from the console, Microsoft has removed the lighting apparatus that displayed the ring of red lights indicating said error. Instead, users will be prompted with a “messaging error” detailing any problems that are wrong with the system.

“Now obviously, the box has a way to communicate to you if something has happened but yes, three red lights are not part of our sequence of telling somebody something is wrong,” Microsoft Game Studios’ corporate VP Phil Spencer.

“Obviously if you look at the success rate of the original 360s, we’re very proud of both the way the company stepped up to support the customers that we had as well as the success rate we have with the box today. I think we’ve learned a lot. That learning has gone into the development of this new box.”

5 thoughts on “The Death of the RROD”