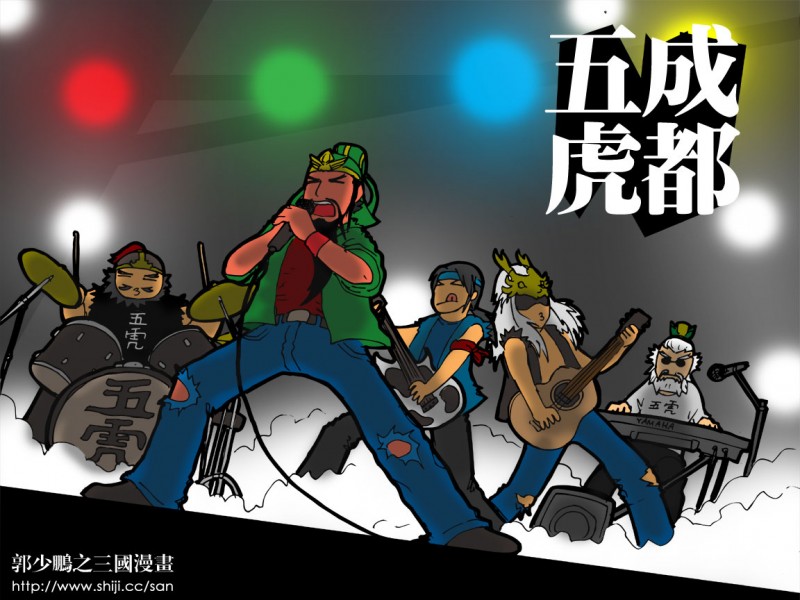 Most of you here have probably seen my reviews on various Dynasty Warriors titles and some of you, specifically you other staff members, might even know me as the “Dynasty Warriors guy.” About once a year, usually anywhere from December to February, I go into a mode where I only want to play Warriors titles. It can be Dynasty, Samurai, Orochi, or any others, but since Dynasty Warriors is the original, I have dubbed this craving “Dynasty Warriors Fever.” Many people went from loving this series to despising it because of its infamous repetition, but I would go as far to say that KOEI’s Warriors series is my favorite series in videogames. “Favorite?” you ask, “Why is it your favorite?” Well sit back and I will tell you. 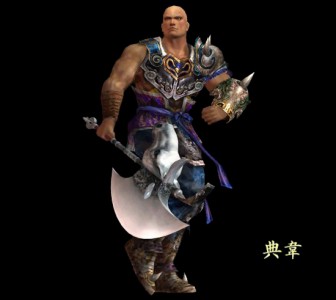 One weekend during my sophomore year of high school my dad and I were driving around town doing some errands when we decided to stop by a pawn shop to look around. This was the first time I had ever been in a pawn shop, but I quickly found their videogame section. At first glance there was a surprisingly large amount of games, but upon closer inspection I found out that most of them were outdated sports titles that many used game stores are plagued with. While sifting through the sports games I found a strange-looking game called Dynasty Warriors 2. Being relatively new to the PlayStation 2 scene I decided to pick it up for the ten-dollar flat price that all of the games were being sold for. I had no idea what I was getting myself into.

When I got home I popped the game into my PS2 and started playing. At first I didn’t really know what was going on and I had no idea who any of the characters were, much less the historical figures they represented. I ended up choosing a bald man with a giant axe named Dian Wei because he looked the most intense. When I sent him off on his first journey to quell the Yellow Turban Rebellion I was hooked. I had never played anything like it before. Here I was, a lone man with a larger than life weapon laying waste to hundreds of enemy soldiers. The chaos only grew when I found a horse because instead of just walking a few feet and swinging my weapon, I was barreling through enemies at a gallop and swinging my weapon. I continued to play through the game with more characters and realized that the stories and levels revolved around the three dynasties and every officer within that dynasty followed that same story instead of their own specific one. This left me craving more. 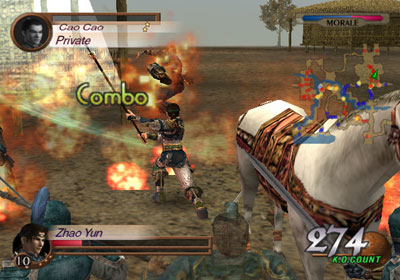 While Dynasty Warriors 2 was fun and unique, I couldn’t resist buying Dynasty Warriors 3. This game brought the series to a whole new level with new characters, weapons and attacks. DW3 also adds many historic battles missing from DW2. This is the point where I started researching the historical period and literature these games are based on. I ended up buying the Romance of the Three Kingdoms novel, and later on, the television series. I also tried to get into the Romance of the Three Kingdoms videogames, but there was so much stuff to manage from how much food your cities have, to how happy your people are that it made my head spin right off the bat, so I just stuck with the hack and slash series that requires little to no brain power.

By the time Dynasty Warriors 4 came out I had a very loose understanding of the history behind the game. In my opinion, being familiar with the source material definitely makes any game more engaging, and this one is no different. Unfortunately, DW4 went back to DW2’s formula and included only one set story per dynasty. Also, only three new characters were added, and two characters from the third installment were removed. I did not play DW4 nearly as much as I played the previous two titles, but I read through the novel and visited websites like kongming.net to brush up on my Three Kingdoms history.

Armed with a good amount of knowledge of the time period and the literature behind it, I picked up Dynasty Warriors 5 on launch day for some more hack and slashy goodness. This game is where the series shines. KOEI and Omega Force added six new characters and all 48, yes 48, have their own unique play style and storyline. 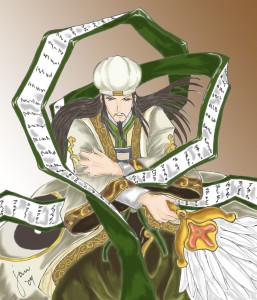 This time around I was much more engaged and I came to appreciate the strategists over the heavy hitters. Most people who play these games would rather use characters like Xiahou Dun or Zhao Yun who wield giant swords and spears over the strategists who use fans and wooden sticks, but not me. My favorite characters to use to this day are Zhuge Liang, Pang Tong and Sima Yi because without them and their brilliant minds the armies would have just relied on brute strength alone. Sure, there were other strategists, but these guys were the head honchos. While strategy does not play a huge role in any of the Dynasty Warriors games, I still love playing as them because of the roles they played in their time. Also, I like them because their weapons shoot lasers and because Pang Tong is a sarcastic, cocky bastard, which is hilarious. DW5 is my favorite game in the series and this is also the point where I began actively trying to complete every aspect of these games.

Needless to say, when Dynasty Warriors 6 was announced I was psyched. However, as the news started to pour out I became more and more disappointed. Seven characters were cut, many of the unique weapons were taken away and the overall play style was being changed. Nevertheless, I still purchased this game on launch day. After playing for a little while I discovered that only 17 out of the 41 characters have unique storylines and that I preferred the play style of the previous games. Also, some of the characters are clones and have the exact same moves sets. I still enjoyed it and played the crap out of it, but I feel like the Dynasty Warriors debut on the XBOX 360 and PS3 could have been much grander than just adding swimming and climbing ladders. 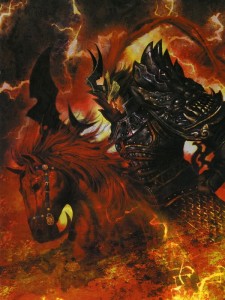 In addition to these main titles, there are a large number of offshoots. These include Xtreme Legends, Empires, Strikeforce, Samurai Warriors, DW: Gundam, Warriors Orochi and various portable installments. I have played most of these, but if I went into every one of them one by one I would be writing this for the next couple months, so I’ll condense them into one paragraph. Xtreme Legends and Empires are expansions to the main games and are usually only worth a rental since they usually just toss a couple characters and one or two shallow game modes in. Strikeforce, well, you can check my review on that one, but in short, it is awesome. Samurai Warriors takes Dynasty Warriors and throws it into feudal Japan during the Warring States period. This series is also great, and I’d imagine having knowledge of the time period would make it even better. Warriors Orochi brings characters from both Dynasty and Samurai Warriors into one game and throws an original story in. At this point I was worried that KOEI and Omega Force were reading my mind. The Gundam series has some decent game play, but I was always lost because the story line was so convoluted.

Well, that is a very abridged version of my story with the series. From that first day at the pawn shop to today I have probably played around 20 different games from the series, and those 20 aren’t even all of them! The games got me interested in the source material, and in turn that knowledge makes the games more interesting. My play style even evolved when I became more familiar with the characters. While critics are getting tired of these games, I am anxiously awaiting the next installment. I am pretty sure that my fever will strike again when Samurai Warriors 3 is released.

Some of my Dynasty Warriors resources: 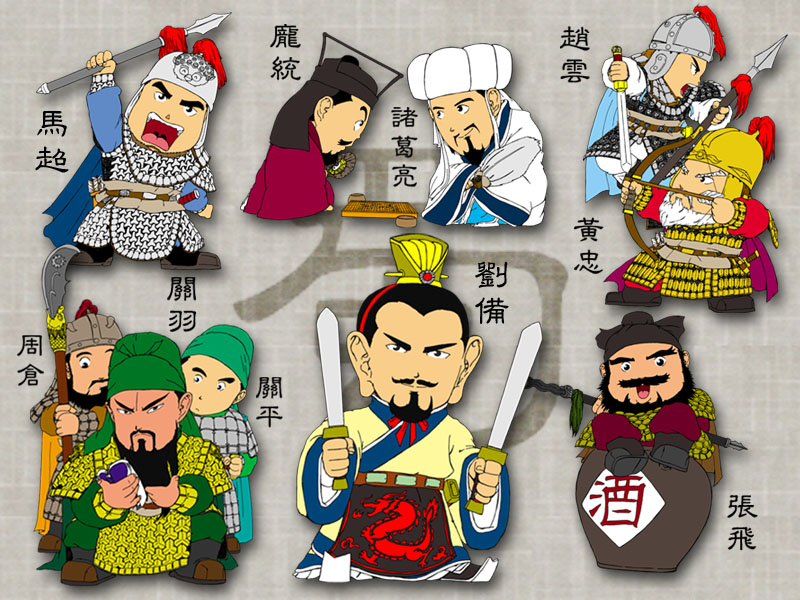