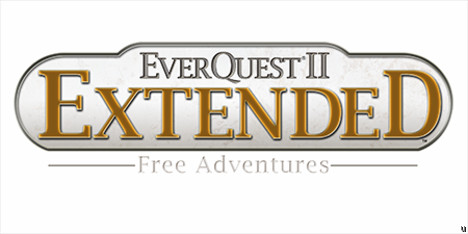 Like Dungeons and Dragons and Lord of the Rings Online before it, Sony Online Entertainment’s EverQuest II will be adding free-to-play service models to its existing subscription-based economy. The two play styles will run on separate servers, with various limits imposed on players depending on which of four possible tiers (Platnium, Gold, Silver, Bronze) they wish to buy into. A new marketplace will be added for players to purchase various in-game items, but will have limits to the classes, character slots, gear levels, and maximum spells and gold.

Dubbed EverQuest II Extended, those that sign up for the free-to-play service have no options of transferring to the subscription model (excluding purchasing a disc copy of the game), but those with existing EverQuest accounts can move to Extended for a one-time $35 fee. The beta for the new version is set to launch August 17th, although current users already have access to certain previews.

“As the digital entertainment market evolves, SOE is focused on continued innovation in content delivery that best fit the needs of the growing consumer base,” said John Smedley, President of Sony Online Entertainment. “Our goal with Extended is to offer players an alternative to our current subscription program that gives them the option to choose a program that best fits their play style.”

“We talked to our users a lot and some of the things that were really obvious are that they didn’t want to have stat-oriented items in the marketplace. They didn’t want people to be able to effectively buy their way to success. They wanted people to work their way up and that makes total sense – we get it,” Everquest II Producer David Georgeson told MMORPG. “So we are offering a parallel service; you can buy self-rez potions, you can buy items that have stats – they are not the best stats but they are real good. Everything is very optional. You don’t have to buy items to in order to succeed. We’re just making it, effectively, a convenience store. If you want to trade some of your money to save time, you can do that. We are setting it up as a completely separate service.”

He continued, “In effect, what we are doing is offering a gigantic trial opportunity. You can come into the game, there’s no level limits, there’s very little content lock, you can explore the world and then decide whether you want to stay in EverQuest II or not. So by going to the free-to-play service, what we are looking to do is to break that wall down. People don’t have to worry about going out and buying a box or immediately subscribing to a service. They can jump in, try it out, and realize ‘Holy God! This is way better than what I usually get in free to play,’ and then if they like it there is new opportunities for them to get further involved.”

“We have a new expansion (coming out) this winter and we have a whole bunch of different things as far as the gameplay itself. We are looking at ways to make old content more attractive. As players try to get to level 90, they go through these greased paths and there is a lot of content in this game that people are not exploring so we are figuring out ways to incentivize and make that stuff more attractive so players will utilize it more,” he concluded. “We are continuing to hone all our pathways into the game; we are putting a lot of effort into class balance, and PvP, and battlegrounds – we have big plans for making the game very exciting, very fresh and really to revitalize it on fundamental levels. Of course, we are still working on expansions and new content, and new quests, and all the other stuff you would expect from us.”