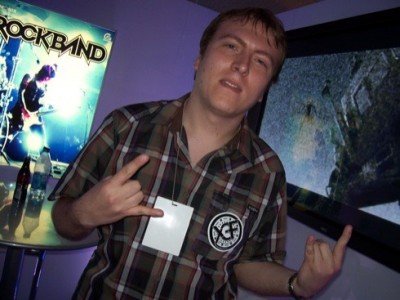 Seems like an odd move to leave the leader in music-rhythm games for an independent developer, but Rock Band 3 senior designer Dan Teasdale did just that when he left for ‘Splosion Man‘s studio, Twisted Pixel. Posting in his official blog, Teasdale noted a desire for a more “hands on” approach to designing as being his chief reason for leaving Harmonix.

“I want to be able to help drive the vision and direction of a game,” he said, “but at the same time be hands on and physically implement and iterate on the low level of making games in a more substantial way than time affords me when working as a lead on multi-hundred person titles.”