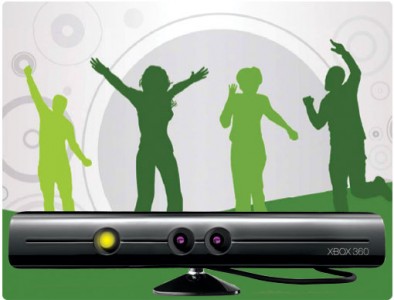 With Kinect’s launch only months away, the device’s technical specifications have been released as is the usual protocol with impending hardware (Nintendo’s policies not withstanding.) Many have found some fault with the specs, citing a bit of mis-communication on the Xbox team’s part between them and what was demonstrated at E3. While both the Cirque du Soleil event and Microsoft’s own press conference showed as many as four people operating the device at once, according to the machine’s statistics, its maximum processing capabilities only exceed to 2 “active” players.

While Kinect’s skeleton-tracking camera can indeed recognize up to six people at once, the diction of the specs list seems to indicate that only 2 people can be playing any of the device’s software at one point. It is worth noting that the device does support drop-in/out multiplayer, but Microsoft’s official statement to Elder-Geek (as well as the rest of the industry) on the news is “We have not specified how many players will be able to operate the machine at this time.”A full list of the released specifications can be found below.

More interestingly, reports and rumors are coming in from all across the industry of the device being unable to recognize the skeletons of its player once they sit down, preventing them from interacting properly and resulting in botched actions or a total lack of camera identification. Microsoft has not replied to Elder-Geek’s queries on this specific issue, but given the widespread nature of the reports, many have accepted the limitation as fact for Kinect’s fall launch.

One thought on “Kinect to Only Support 2 Standing Players?”