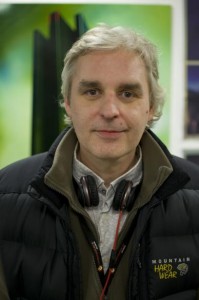 Stuart Black, creator of the now classic FPS bearing his last name, his confirmed his leaving of Codemasters, developers of his latest shooter title, Bodycount. This marks the second major designer to leave the project, Tom Gillo, Executive Producer of the title, having been replaced earlier in the year. Mr. Black is scheduled to his be on scene to finish the last major design aspects of the game, leaving the alpha and beta completion phases to the remaining staff. Codemasters has stated the game’s final development will not be affected, with an 80-man team still on board up until its release sometime next year.

“Having created a great vision and direction for Bodycount, Stuart has decided to move on after three years with us.” said Adrian Bolton, studio manager at Codemaster Studios, Guildford, “He will see out his design role until October and, through the transition period, will continue to work with the talented development team that will take the game through to completion.”

Comments from fans that Black left due to a bad showing at last month’s E3 were put down by the company, which released a statement to Develop saying the following, “It isn’t really the case that Stuart has left from ‘E3 fallout’, there’s nothing like that going on. E3 coverage was actually very good…Everyone playing Bodycount at E3 gave it positive write-ups. But there were a few people who looked at what were videos of very early code and commented on forums about them. I mean, would they rather us show an FMV?”