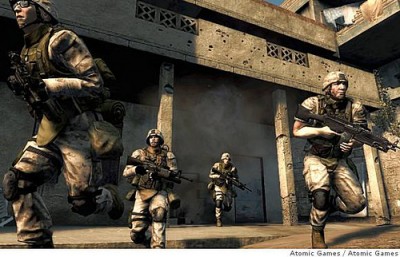 Before he was the THQ games boss, Danny Bilson was on staff at Electronic Arts. And in a recent interview with CVG about the upcoming Homefront, Bilson brought up his past with the company in reference to a canceled shooter set in the current Iraq War.

“When I worked at my former company, I had to go to the U.K. in the middle of the Iraq war and try to talk to them about a game that we never wound up finishing — it was well built up — that was that stuff, right?” he said of EA’s now-canceled Iraq war game. “Remember, even in America you’re split 50/50 on this stuff.”

“You go overseas, and if you’re an unconscious American, you walk into a wall. Or you just don’t sell,” Bilson explained. “[Homefront] is a human story. It’s not an American story. And it absolutely will expand beyond the States in future.”