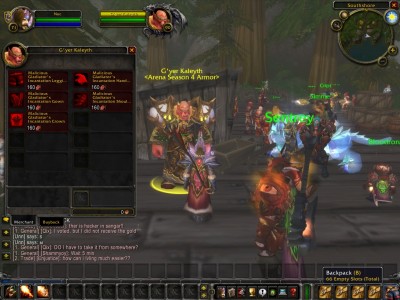 Activision Blizzard recently won a default judgment verdict in the case against Alyson Reeves, the operator of an unauthorized server on World of Warcraft. The case accused the defendant of circumvention of copyright protection systems and copyright infringement, among other charges, and was originally filed last October.

Reeves, who in not responding to the suit yielded to a default judgment, was chief operator of Scapegaming, a service allowing access to World of Warcraft without the official servers and subscription cost. The total award to Blizzard was $88 million dollars, broken down to include $64,000 in attorney fees, $3 million in disgorged profits, and $85.4 million in statutory damages. The amount came from the multiplication of 427,000 (the estimated size of the Scapegaming community) by a figure of $200 for each “act of circumvention.” Blizzard won the judgment having “submitted satisfactory evidence from third-party PayPal Inc. showing that Defendant’s PayPal account received $3,052,339 in gross revenues.” These profits came from donations or modified in-game transactions.