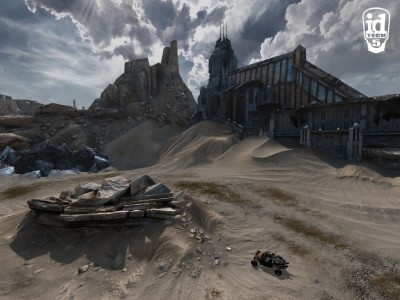 At this past QuakeCon, the normally licensing-heavy id Software revealed that it will be limiting the official licensing of its Tech 5 engine to internal Zenimax development. The company was acquired by the Media brand last year, and had previous plans to release the technology before their new parent company reanalyzed the engine, studio lead Todd Hollenshead describing the strategy as a “competitive advantage and we want to keep it within games we publish — not necessarily exclusively to id or id titles, but if you’re going to make a game with id Tech 5 then it needs to be published by Bethesda, which I think is a fair thing.”

“It’s going to be used within ZeniMax, so we’re not going to license it to external parties,” Hollenshead told Eurogamer on the convention floor.