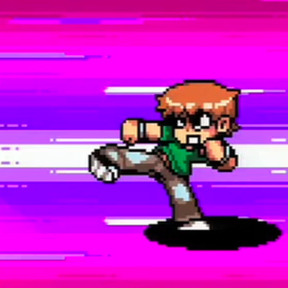 Taking cues from both the original comic book series by Brian Lee O’Malley, the upcoming film from Shaun of the Dead director Edgar Wright, and approximately twenty years of gaming culture, Scott Pilgrim vs. The World: the Game is set to rock the digital download space by being both exactly what we expect,  and something entirely unique. The basic narrative remains intact, with seven evil exes standing between the titular Scott and the girl of his dreams, Ramona Flowers. But don’t expect too much plot getting in the way, as the game takes a retro style approach to storytelling by letting your combos take the place of exposition. 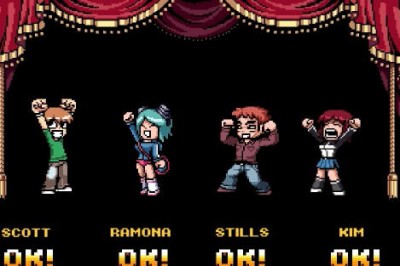 While heavily steeped in video game lore across the generations, Scott Pilgrim has the closest ties to the classic River City Ransom, playing out as mostly a side-scrolling beat-em-up with occasional RPG-esque character evolution and hack-and-slash combination customization. Players can select from four characters; including the main couple of Scott and Ramona, as well as both the drummer (Kimberly Pine) and biggest fan (“Young” Neil Stills) of Scott’s garage band, Sex Bob-omb; for either single-player or co-operative play of up to four players. In keeping with the retro aesthetic, co-op is limited to offline play. 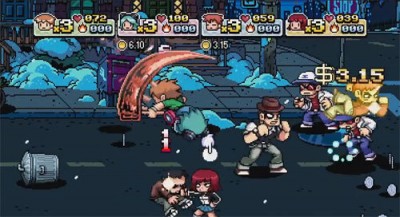 But a simple left-to-right button-mash fest this is not, as Scott Pilgrim contains nearly every kind of imaginable unlockable, as well as a fully-fledged bonus area known as Subspace Areas where extra cash can be earned. Each character has their unique set of moves and Striker, a secondary character that can be tagged in for a temporary attack. But regardless of which person the player selects, every segment of each level explodes with attack effects and pop art statistics, giving a powerful (if occasionally confusing) impression of conflicting power levels. 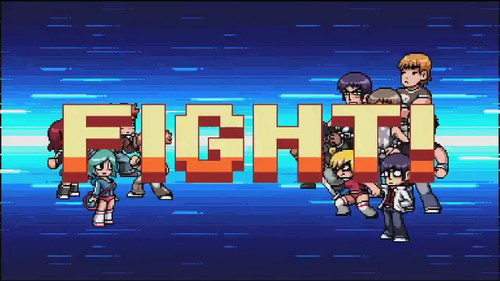 But it simply wouldn’t be Scott Pilgrim if it didn’t bleed by damage floaters. Everything in the game, from its 8-bit Canadian coin-drop currency to its purposefully retro-build character models (the most direct allusion to the comic book series) screams video game fandom. Nearly every movement animation is a reference to either Kirby or classic anime, not to mention the references that began part of the gameplay. Chip-tuners Anamanaguchi loaned the soundtrack and independent director/designer Paul Robertson (creator of the sort-of self-explanatory Pirate Baby’s Cabana Battle Street Fight 2006) worked on the art direction, creating the game from the ground up as a reflexive look at the gaming industry’s past from those that played it.

Scott Pilgrim vs. The World successfully stands as its own entity as its movie counterpart releases and its original comic book gets a second wind. A coin-dropped love letter to the combo-centric past, Scott Pilgrim fills every line of code with classic aesthetic and gameplay, and bringing back to the present with an 8-bit groove and graphic novel look. Its just as simple a goal as killing Bill and grabbing the princess, but where would we be if we didn’t love that? 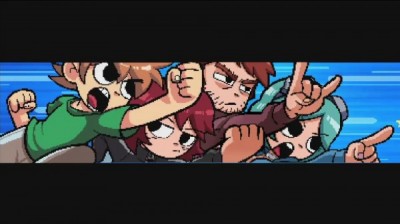 Scott Pilgirm vs. The World: the Game launches on Playstation Network on August 10th, and Xbox Live Arcade on August 25th.

One thought on “Preview: Scott Pilgrim vs. The World: the Game”